'This is just the beginning': Doctor believes N.S. will see spike in COVID-19 cases in 2 to 6 weeks 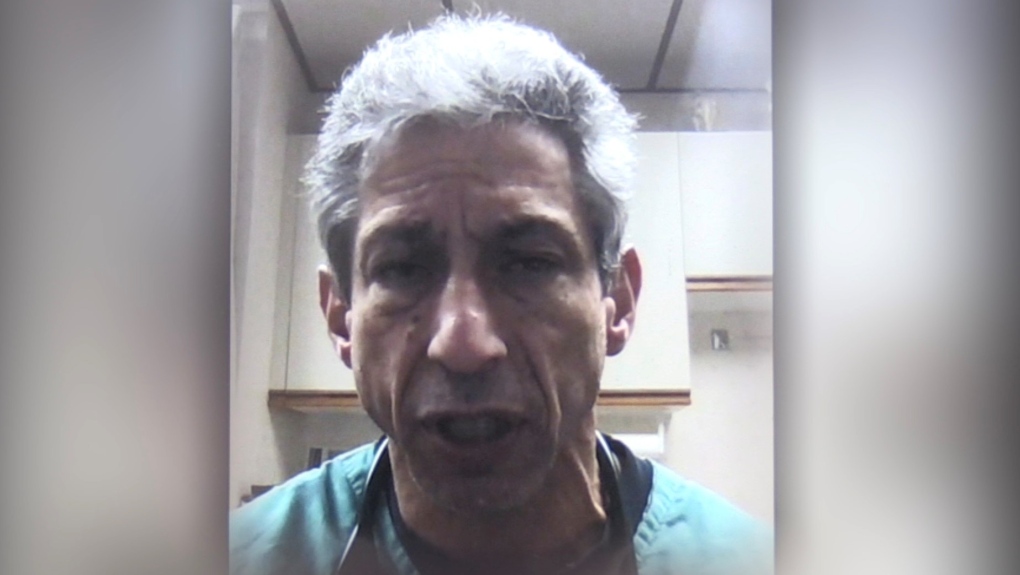 Dr. Gary Ernest says the pandemic is already affecting doctors who are concerned about their patients and the effect the virus will have on the health of Nova Scotians.

HALIFAX -- Cases of COVID-19 are now present across Nova Scotia and, according to Dr. Gary Ernest, we will be seeing more cases of the virus in the near future.

"This is the tip of the iceberg, so to speak,” said Ernest, president of Doctors Nova Scotia.

“There's going to be a wave that's coming. This is just the beginning."

Ernest says the pandemic is already affecting doctors who are concerned about their patients and the effect the virus will have on the health of Nova Scotians.

With new cases of COVID-19 being announced every day, Ernest says doctors are feeling worried, just like everyone else.

“We know that we are putting ourselves on the line, but we are willing to do this to try and look after the people of Nova Scotia -- that's what we became physicians for."

Ernest believes there are people in the province who have the virus and don’t know it.  He expects to see cases of COVID-19 peak in Nova Scotia within the next two to six weeks.

"Part of the reason that we're going to see the numbers climb fairly quickly is these people are going to surface because a certain percentage of them are going to become ill,” said Ernest.

"These people will come more apparent as time goes on. So there's no doubt there are people in the community right now who aren't sick, but they have the COVID-19 virus.”

Doctors are coming out of retirement to help

Ernest says Doctors Nova Scotia has put out a call to retired doctors to come back and help during this difficult time.

“We're asking that any doctors that have been out in retirement for three years or less, come forward and offer to help, and there certainly have been doctors who have come forward."

Ernest says the licensing body, the College of Physicians and Surgeons of Nova Scotia, has stepped up to make it easier for doctors to get licensing at this time.

"It's not charging doctors any sort of fees for that. The government is paying any malpractice insurance dues that are going to be due for the several months, perhaps, that the doctors are going to be involved,” he said.

“What’s really something about these doctors stepping up is many of them are at the age range where they are at a higher risk if they do contract COVID-19. So, when you stand back and think about what they're doing, in order to help out, the risk they're taking is really quite impressive."

According to Ernest, retired doctors who return to work could help out as both family doctors and specialists.

"They can help, for example, be on phone lines for triage, they can help in a number of ways, they can help in emergency departments looking after the people that are less sick, leaving the emergency room doctors to look after the people that are more ill, because it's important to realize the ongoing needs of Nova Scotians are going to continue, even with the COVID virus here, people still get sick for other reasons and they need care."

Ernest is also asking people to be responsible.

"In terms of staying home, trying to really minimize the impact of this virus on our province. Try to make it so that the wave, when it does hit, isn't going to be as big as it could be. So that our hospitals, our health care facilities, are able to manage it well."

A physician for nearly four decades, Ernest says he has never seen anything like what is happening right now.

"This is unprecedented. I've been in family practice here in Liverpool, I'm a rural family physician, I've been here for over 37 years. There's nothing that's happened in my generation, or in my father's generation,” he said.

“The last pandemic was the Spanish Flu at the end of the First World War."

Can I go for a walk during a global pandemic?

'We are collapsing': Virus pummels medics in Spain and Italy

How to isolate when someone's sick with COVID-19 at home

No haircuts or manicures: How Ontario's beauty industry is coping with COVID-19