Thousands in Nova Scotia without power due to freezing rain, high winds 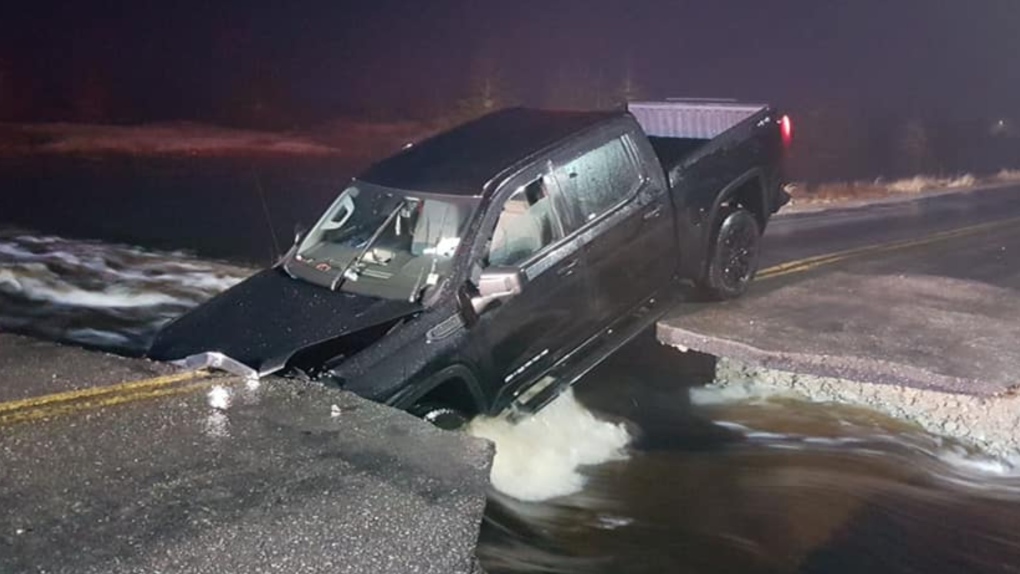 A photo appears to show a truck crash on washed out Louisbourg Main Rd. in Main-À-Dieu, N.S. The local fire department says nobody was injured. (Photo: Bateston Volunteer Fire Department on Facebook)

HALIFAX -- More than 12,000 businesses and homes were without power across Nova Scotia Sunday due to freezing rain and heavy winds.

Weather warnings are in place across most of the province, including Halifax, Hants, Pictou and Victoria County.

According to Nova Scotia Power's outage map, most of the outages have been reported on Cape Breton and over 12,400 customers are without electricity as of 12 p.m.

Environment Canada says the slippery conditions are expected to last into the afternoon.

Estimated restoration times vary, but Nova Scotia Power says customers affected by the outages should have electricity again by this evening.

This report by The Canadian Press was first published April 4, 2021.