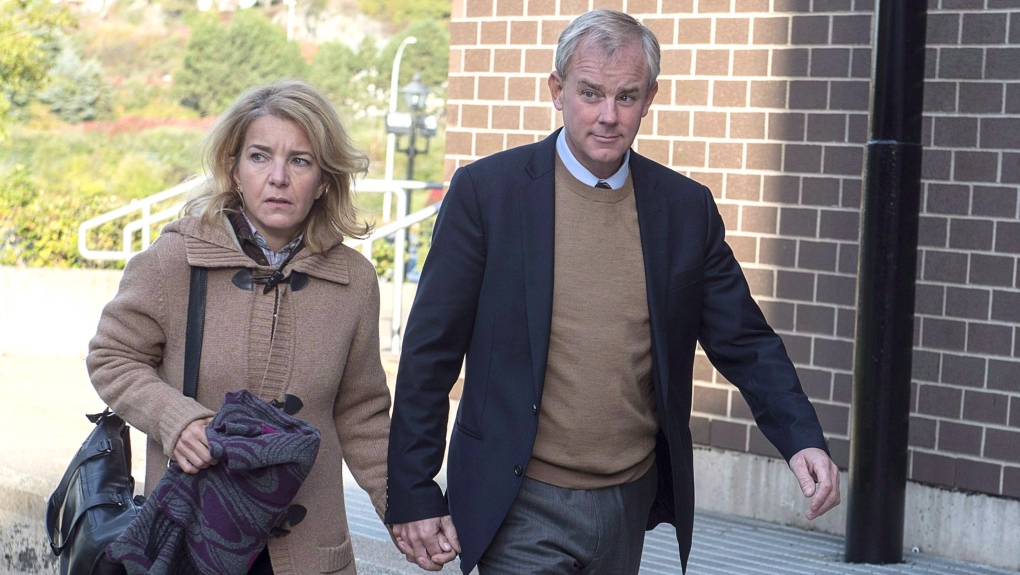 Dennis Oland and his wife Lisa arrive at Harbour Station arena in Saint John, N.B., on Monday, Oct. 15, 2018 for jury selection in the retrial in the bludgeoning death of his millionaire father, Richard Oland. THE CANADIAN PRESS/Andrew Vaughan

SAINT JOHN, N.B. -- The second-degree murder trial of Dennis Oland has been postponed for at least a day while lawyers on both sides address unspecified issues behind closed doors.

Evidence had been expected to get underway in the high-profile trial of Oland, who is accused of bludgeoning his multimillionaire father to death in 2011.

But the judge presiding over the case said Tuesday an "unexpected legal issue" has arisen, although he did not specify what that might be.

Justice Terrence Morrison said the adjournment will continue until the issue is resolved.

A few interested people showed up at the Saint John law courts Tuesday to watch the opening of the trial -- one of the most high-profile cases in New Brunswick history.

Only two jurors appeared; they could not be reached when the others were told about the delay Monday.

There is a total jury pool of 16 members, including two alternates. A larger than normal jury is required because the trial is expected to take so long, possibly until next March.

In a statement released Monday, the Oland family said they support Dennis Oland and are confident he will be cleared.

He was charged in 2013 and originally stood trial in 2015, but the verdict in that trial was overturned on appeal in 2016 and a new trial ordered.

Richard Oland was a former executive at Moosehead, Canada's oldest independent brewery, until he had a falling out over control of the family-owned business and left in the early 1980s.