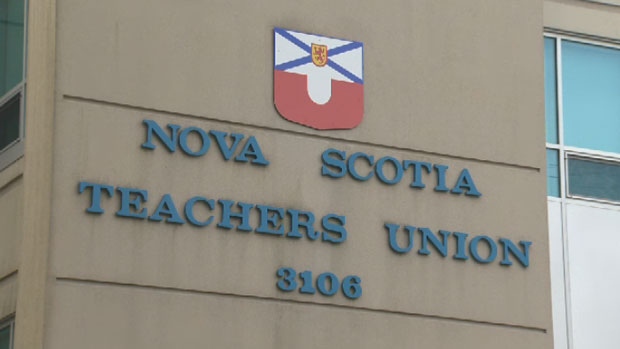 The president of the Nova Scotia Teachers Union says his membership is feeling the strain of staff shortages in schools nearly two weeks after students returned to in-person learning.

Paul Wozney says that while no schools have been forced to close because of COVID-19, that doesn't mean there aren't significant teacher shortages and that learning isn't being affected.

Premier Tim Houston said Wednesday that about 11 per cent of teachers and staff were reported absent earlier this week and that student attendance was hovering around 85 per cent, when it's normally as high as 92 per cent.

Houston said that although the system is stressed, the situation is "manageable."

But Wozney says the student absentee problem is particularly acute in Cape Breton around the Sydney area, where teachers are reporting attendance of 50 per cent or lower.

He says current staff shortages could also be compounded over time as remaining teachers and other staff are asked to cover off for colleagues who are absent.

This report by The Canadian Press was first published Jan. 27, 2022

Jason Kenney steps down after 51.4 per cent approval in leadership review

Jason Kenney quit as leader of his party, and premier of Alberta, Wednesday night after receiving a slight majority of support in his United Conservative Party leadership review.

Prince Charles and Camilla, Duchess of Cornwall, are spending the final day of the royal visit in Canada's North.

With Statistics Canada reporting a 9.7 per cent increase in food costs over the last year, Canadians are being pushed to find ways to pinch pennies at the grocery stores. Here are some ways to save.

Prime Minister Justin Trudeau says the federal government is watching 'carefully' how Quebec's Bill 96 is playing out provincially and respects the freedom of members of Parliament to protest it.

As Johnny Depp's defamation trial against his ex-wife Amber Heard stretches into its fifth week, experts say public reaction to Heard's testimony sends a perilous reminder that despite the 'MeToo' movement, the credibility of alleged victims of abuse can be fragile.

Matthew Tkachuk scored a hat trick for the Calgary Flames in Wednesday's 9-6 win over the Edmonton Oilers to open their NHL playoff series.

It has been almost exactly one year since the Tk'emlúps te Secwépemc confirmed evidence of what elders and residential school survivors had been saying for years about missing children being buried on the grounds of the former Kamloops Indian Residential School.