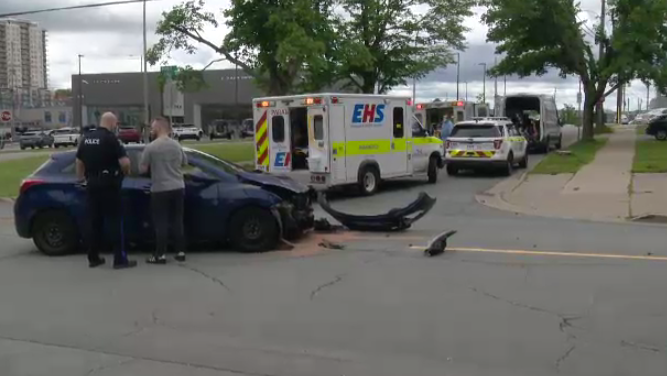 Around 12:20 p.m., officers with Halifax Regional Police responded to the collision near the intersection of Robie St. and Stairs St.

Around 12:20 p.m., officers with the Halifax Regional Police responded to the collision near the intersection of Robie Street and Stairs Street.

Police say an 80-year-old passenger in one of the vehicles died as a result of the crash.

Robie Street was closed to traffic between Stanley Street and Livingstone Street until 3:30 as police investigated. Motorists were asked to find an alternative route to avoid delays.

Police say the investigation is in its early stages and more details will be provided when they become available.