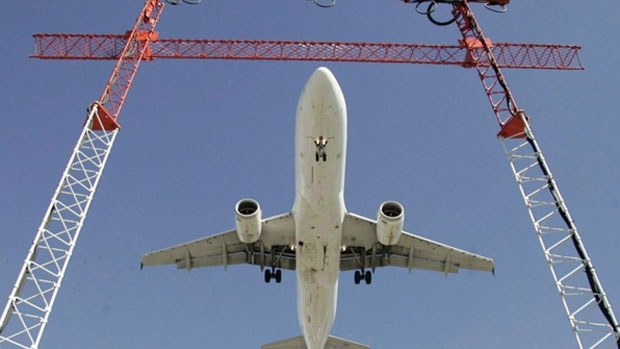 An Air Canada flight makes its final approach as it lands at Pearson International Airport in Toronto on Sept. 30, 2004. (THE CANADIAN PRESS/Adrian Wyld)

HALIFAX -- Air Canada has announced they are suspending operations at another Maritime airport.

A spokesperson from Air Canada confirmed to CTV News on Tuesday that the airline will suspend operations out of the Fredericton International Airport, effective Jan. 23.

“This decision was not taken lightly and we regret the impact on our customers and communities, but it is increasingly difficult to continue to operate in this challenging environment,” said Pascale Déry, Air Canada’s Director of Media Relations for Quebec-Eastern Canada-Europe.

The decision to suspend operations in Fredericton is just the latest in a series of blows to commercial air service in Atlantic Canada.

Air Canada announced last month it would be cutting all service to Saint John, N.B. and Sydney, N.S. and reducing service to Deer Lake, N.L., Charlottetown, Fredericton and Halifax.

Those service cuts went into effect on Monday, as the last commercial flight out of Sydney’s J.A. Douglas McCurdy Airport departed at 5:30 a.m.

J.A. Douglas McCurdy Airport CEO Mike MacKinnon said Monday his airport will cut its daily operating hours by half, to 12 from 24, and shift to non-commercial service, including medical and cargo flights.

An earlier announcement in June by Air Canada indefinitely suspended 11 routes in Atlantic Canada, along with closing stations in Bathurst, N.B. and Wabush, N.L.

The airline points to a decrease in demand for flights due to COVID-19 and ongoing travel restrictions and quarantines requirements.

Déry says Air Canada will continue to evaluate and adjust its route network as required in response to the trajectory of the pandemic and travel restrictions.