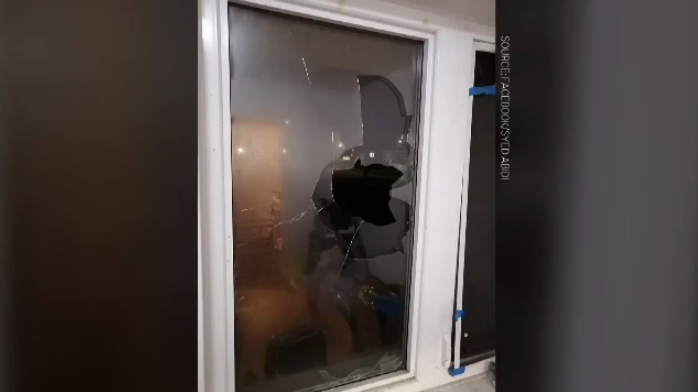 International students at Cape Breton University are spending the holiday weekend in shock after a brick smashed through the front window of their apartment early Wednesday morning.

Syed Abidi and his roommate, Syed Quadri, say they’re bewildered following the incident, which they say was an act of vandalism.

On their kitchen floor was a brick in the middle of the shattered glass.

“Even yesterday, I was sitting over here, and it was so scary to sit and eat over here,” says Quadri. “I was like 'anytime, the brick can come again.’”

However, the reason for the frightening incident is what the roommates hope to demystify.

Despite recent events, the two men hope they were not specifically targeted.

"I hope not,” says Abidi. “Personally, I do have more of a strong belief and faith in the Cape Breton community."

Fortunately, their landlord has offered to replace the window – but they are considering installing surveillance cameras following the unnerving incident, and they admit it's left them looking over their shoulders.

"If something drops in the kitchen or something, we are on edge,” says Abidi. “Like in the sense of 'ok, did something else happen? Did someone try to do anything else? To the cars? Any of our property or something?' – we are sort of more on edge.”

The six students who live in the apartment note they could have chosen anywhere to go to school, but they chose Cape Breton; despite what happened, they're glad they did.

"I think Cape Breton is the best place to live,” says Quadri. “Because of a few bad people, we cannot judge everyone."