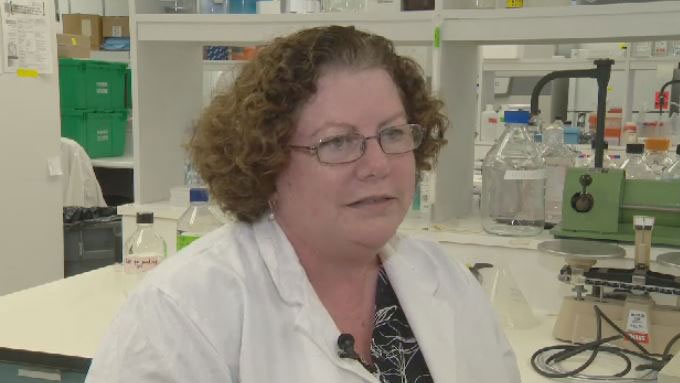 Researchers at Dalhousie University are trying to reduce the growth of breast cancer tumours, and the results are already significant.

Over-the-counter medications, like Zantac, have showed signs of boosting anti-cancer immunity in mice, and the next step is to get humans involved.

The drugs involved are Zantac and Pepcid AC, which are typically used for peptic ulcers and acid reflux.

Now, researchers are studying the immune response to those drugs on tumours in mice.

"For example, in a model of early development, we saw about a halving in the number of tumours that the mice developed, just as a result of taking this drug,” says Marshall.

The next step is getting healthy humans involved with the study, and to compare to the results in mice.

"The biggest part of this project is to move into human study, where we're going to take normal human volunteers, have them take the ranitidine or the Pepcid AC under controlled conditions, and look at, study, their immune response in the blood and their immune cells in the blood,” says Marshall.

"These compounds are actually over-the-counter, they're readily available, many people take these medicines freely and we know that there's very minimal side effect to them,” says Marignani, a professor of Biochemistry and Molecular Biology at Dalhousie University.

“To be able to repurpose known drugs is very, very practical use of a lot of resources."

The Canadian Cancer Societyis now involved with the project. If all goes as planned, the method of additional treatment will be available at low cost.

"It's very non-toxic, has almost no side effects, so even if it's used it ends up being used just in addition to current treatments it might have a beneficial effect, and that's really important for us,” says Marshall.

"The fact that we're bringing together scientists and clinician scientists working on one big project and bridging between tissue culture cells and culture, animal models of human cancer cells and humans, and we're bringing it all together in one project, this is really elegant,” says Marignani.

Researchers hope the study will create a new approach in the fight against cancer. They are now in the process of recruiting people for the clinical-set of the study.