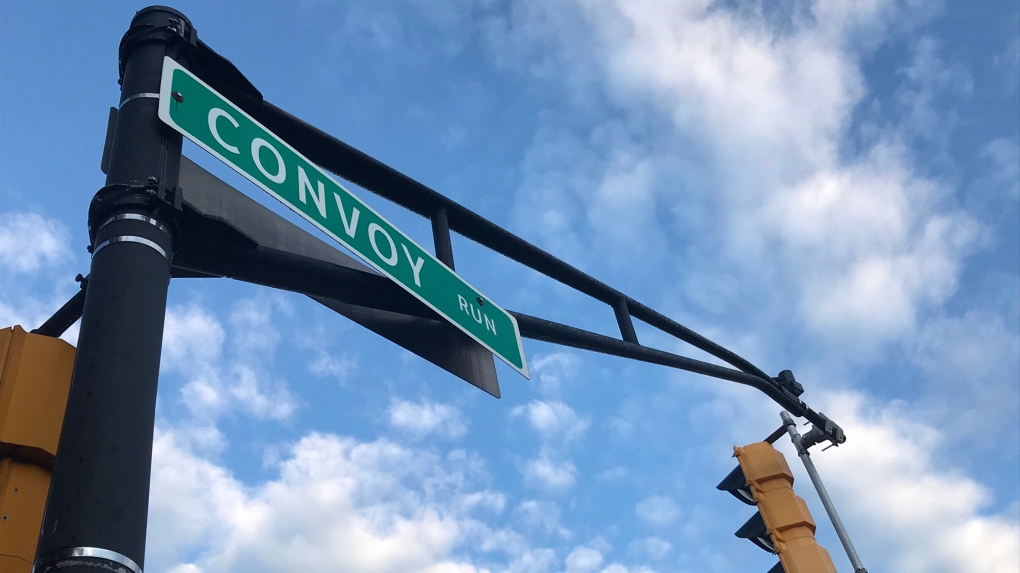 Halifax Regional Police responded to a pedestrian collision at the intersection of the Bedford Highway and Convoy Run on June 8, 2020.

HALIFAX -- A woman has been charged after two pedestrians were struck in a crosswalk in Bedford, N.S., Monday evening.

Halifax Regional Police responded to the collision at the intersection of the Bedford Highway and Convoy Run before 10 p.m.

Police say a 54-year-old man and a 48-year-old woman were crossing the Bedford Highway in a marked crosswalk when they were struck by a vehicle.

The man was taken to hospital with life-threatening injuries.

The woman was taken to hospital with non-life-threatening injuries.

Police say the driver, a 36-year-old Bedford woman, has been charged with failing to yield to a pedestrian in a crosswalk.