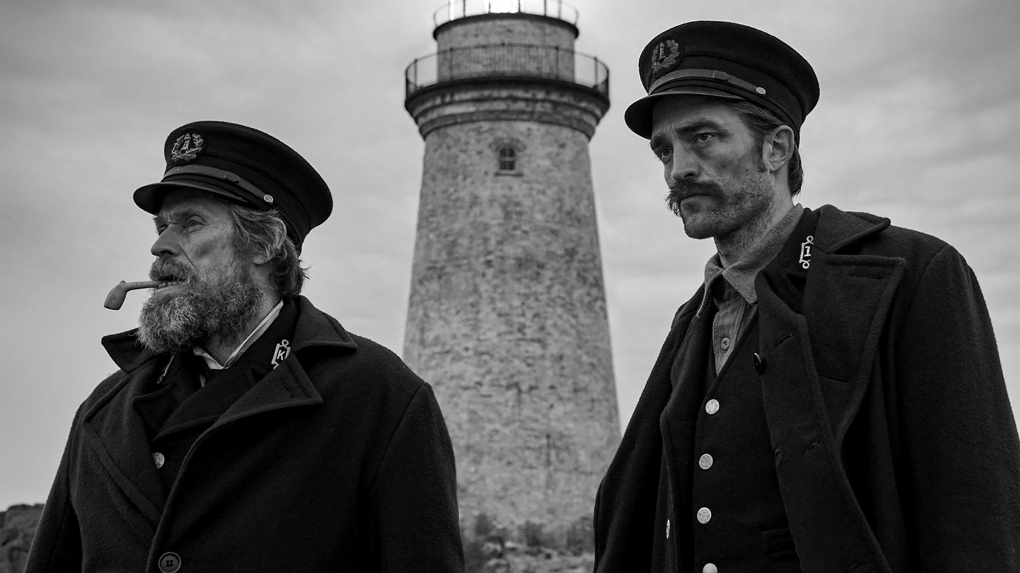 This image released by A24 Films shows Willem Dafoe, left, and Robert Pattinson in a scene from "The Lighthouse." (Eric Chakeen/A24 Pictures via AP)

HALIFAX -- A film that showcases the rugged coastline of southwestern Nova Scotia has been nominated for an Academy Award.

Cinematographer Jarin Blaschke could walk away with an Oscar for his work on "The Lighthouse.”

“The Lighthouse” was filmed in the fishing community of Cape Forchu, near Yarmouth, and in the Halifax area in March and April of 2018, though construction of the set started in February 2018.

The fantasy-horror film stars Robert Pattinson and Willem Dafoe as lighthouse keepers who spiral into madness while trapped on a remote island off the coast of a New England island in the 1890s.

Director Robert Eggers told The Canadian Press last year that the desolate peninsula was the perfect spot to shoot the moody black-and-white film, but that the Cape Forchu lighthouse didn’t quite fit the bill.

So, his production crew built a 21-metre-high, working lighthouse that could shine for 25 kilometres.

Co-producer Mike Volpe previously told The Canadian Press that “the ocean is a character” in the film and that crew members were battered by the tough wintry weather while building the set and filming.

The province committed more than $1.6 million to the production through the Nova Scotia Film and Television Production Incentive Fund.

Local business owners said the production provided a big boost in business for the Yarmouth area, as crew members filled hotels and restaurants and shopped at local stores. Many fans also flocked to the region, eager to catch a glimpse of the set and actors.

Other nominees in the cinematography category include Rodrigo Prieto for "The Irishman," Lawrence Sher for "Joker," Roger Deakins for “1917” and Robert Richardson for "Once Upon a Timeª in Hollywood."

The 92nd Academy Awards will take place Feb. 9. The show will air on CTV.