Fires break out at two industrial sites in New Brunswick 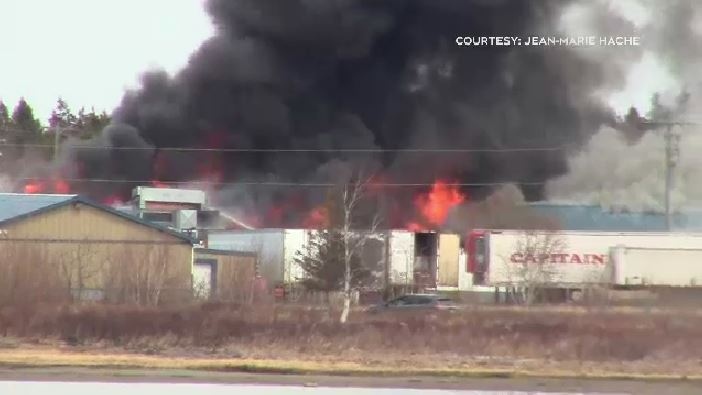 HALIFAX -- Thick billowing smoke could be seen as far as the eye could see from a big employer in Val-Comeau, N.B.

It had been operating at full capacity throughout the COVID-19 crisis.

There's no word on whether any employees were injured, but one witness described hearing what sounded like an explosion.

Crews continue to battle the blaze into the early evening, and there is no word on a possible cause of the fire.

In other news, fire crews were battling another fire Thursday night in St-Andre, N.B.

It broke out around 7 p.m. at the Northwest Cedar Mill, a plant that makes cedar shingles.

There is no word if anyone was injured and no confirmation on what caused the fire.