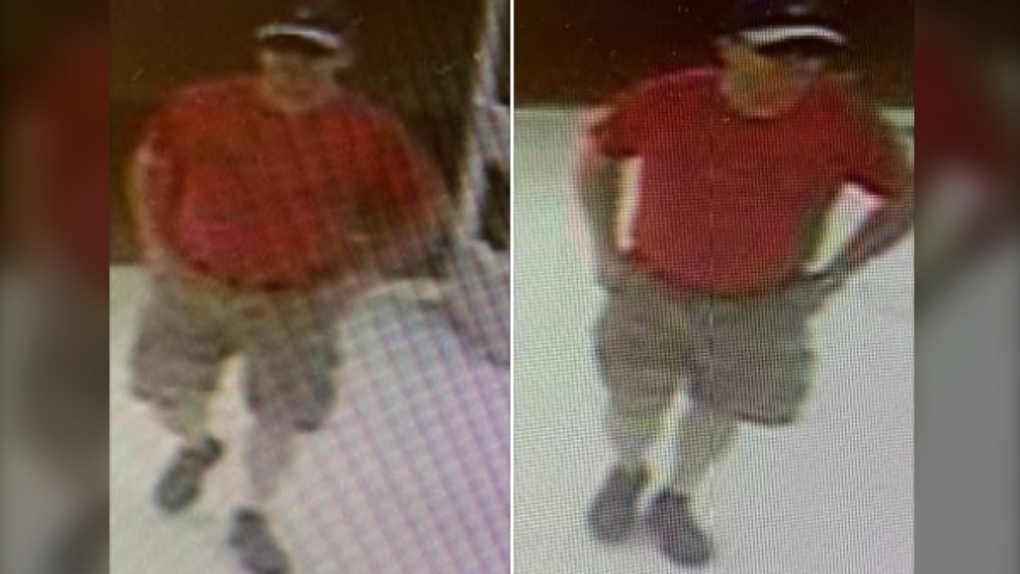 Police are seeking the public's help in identifyng this suspect, who they say approached a nine-year-old boy in the bathroom of a business on Paint Street in Port Hawkesbury on Friday evening.

Inverness Mounties are asking for the public’s help in identifying a suspect after an incident at a business in Port Hawkesbury on Friday evening.

Police say the suspect approached a nine-year-old boy in the bathroom of a business on Paint Street.

"The man forced the boy into the bathroom stall and locked the door," the RCMP said in a news release. "The man then attempted to pull the pants of the boy down. The boy got away from the man and fled."

Police say employees attempted to stop the man from leaving the business, but he fled before the police arrived.

The suspect is described as a white man, in his 40s or 50s, approximately five-foot-eight. He has dark hair and was wearing a blue ball hat, sunglasses, a red shirt and beige shorts.

Anyone with information about this incident is asked to contact Inverness District RCMP at 902-625-2220. Should you wish to remain anonymous, call Nova Scotia Crime Stoppers toll free at 1-800-222-TIPS (8477), submit a secure web tip at www.crimestoppers.ns.ca, or use the P3 tips app.