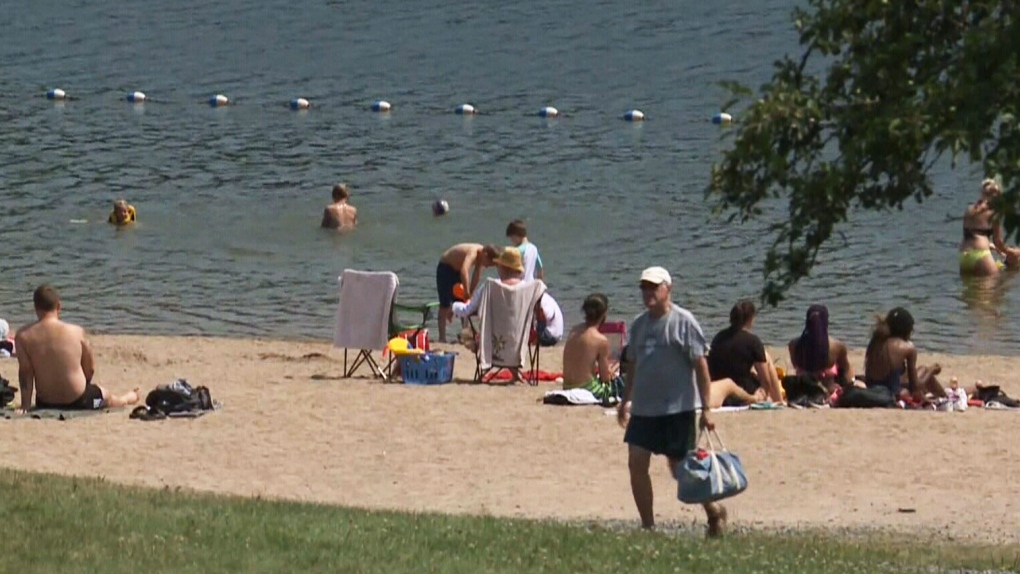 Additional areas of New Brunswick and Prince Edward Island were placed under heat warnings by Environment Canada on Thursday. 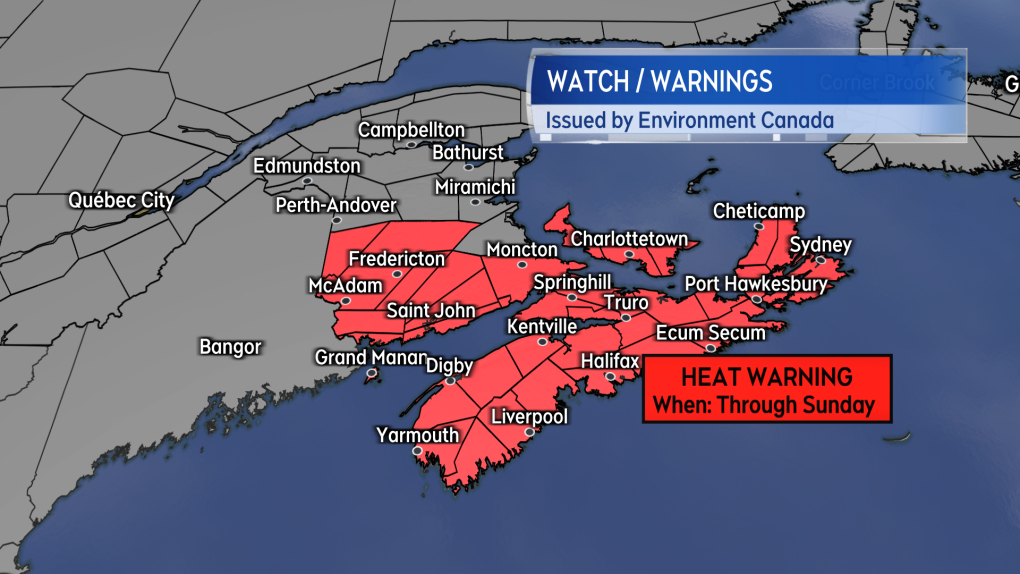 Heat Warnings continue and were expanded for parts of the Maritimes on Thursday.

The hot and humid weather will extend through the weekend. Daytime high temperatures for most communities can expect to be in the high 20s and low 30s with the humidex – what it feels like – rising into a range of 35 to 40 degrees. Overnight low temperatures aren’t expected to cool much lower than the high teens, limiting the amount of night time relief. A period of showers and rain during the Monday to Tuesday timeframe of next week is expected to lower temperature and the humidex, breaking the heat across the entirety of the Maritimes.

Between Thursday and then, more moderate temperatures can be found on parts of the coast. There is expected to be a prevailing southwest wind Friday and the weekend, which will keep an onshore wind on coastal areas of the Bay of Fundy coastline and the Atlantic coastline of Nova Scotia. There may be some marine cloud/fog present at times for those areas as well. Northern areas of New Brunswick will have some slightly drier air move, preventing the humidex from rising as high as other parts of the region and are not currently under the heat warning. 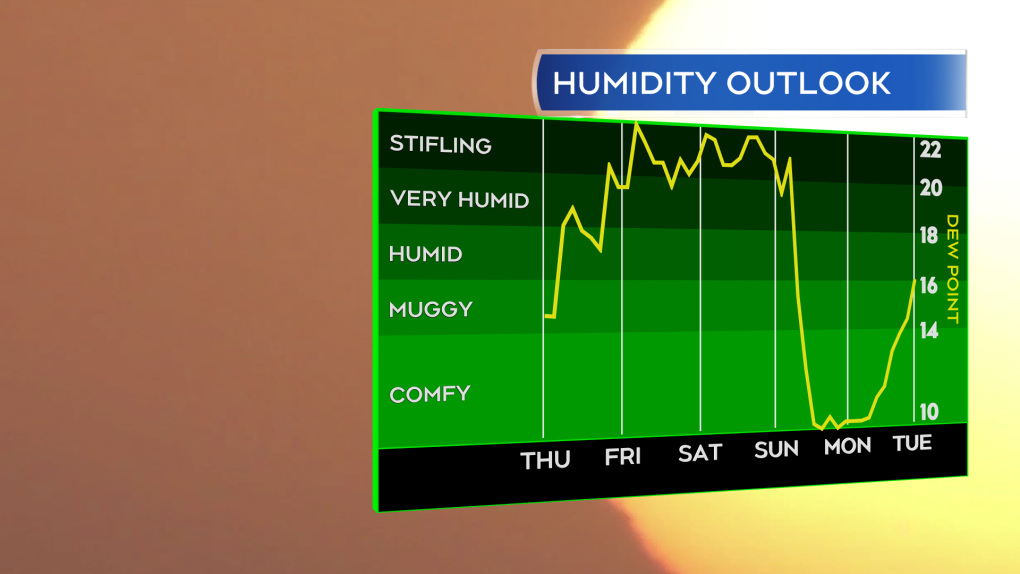 Hot and humid weather is expected to continue through the weekend with a round of showers and rain breaking the heat early next week.

Stay hydrated and take breaks to cool down and watch for signs of heat exhaustion and heat stroke. Check in on those who are more vulnerable in these type of conditions and who don’t readily have access to the means to cool down. If in a residence without air conditioning, it is often best to keep windows and blinds closed during the day and then open during the night as temperatures fall. Reducing the use of appliances that generate heat, such as an oven, is also a good idea. 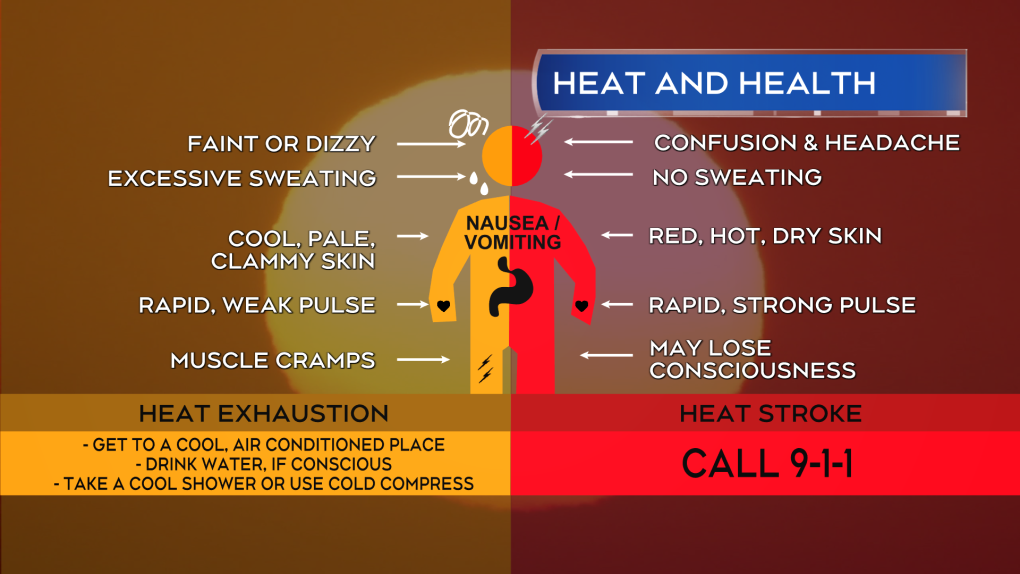 Watch for signs of heat exhaustion and heat stroke. Heat stroke is a medical emergency and requires immediate action. 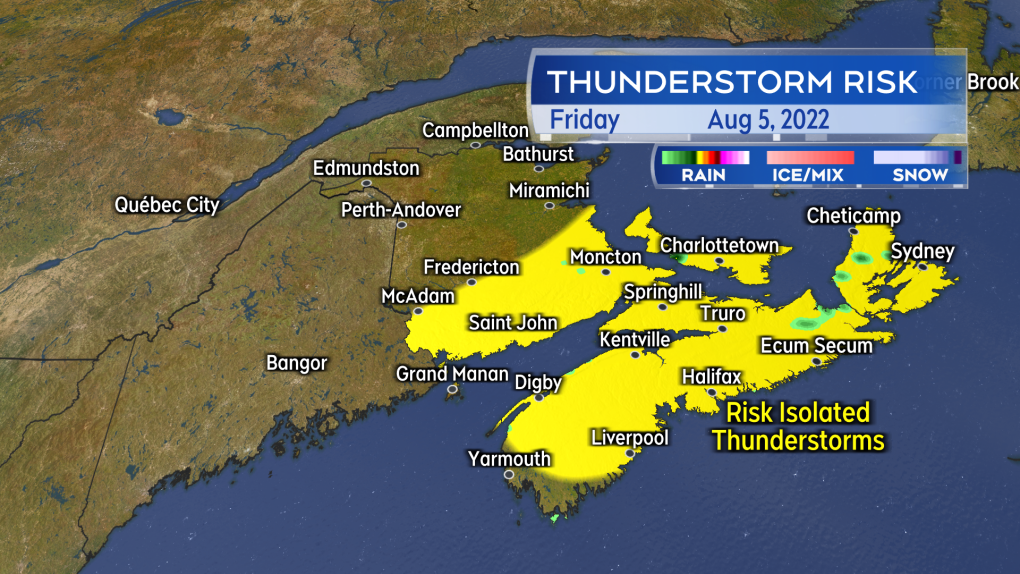 How Canadians can save on exchange rates while travelling

At a time of high inflation, questions about what cards to use, how much local cash to withdraw and which currency conversion services to avoid are particularly valuable. Here's what to know when seeking cost-effective methods of spending money overseas.