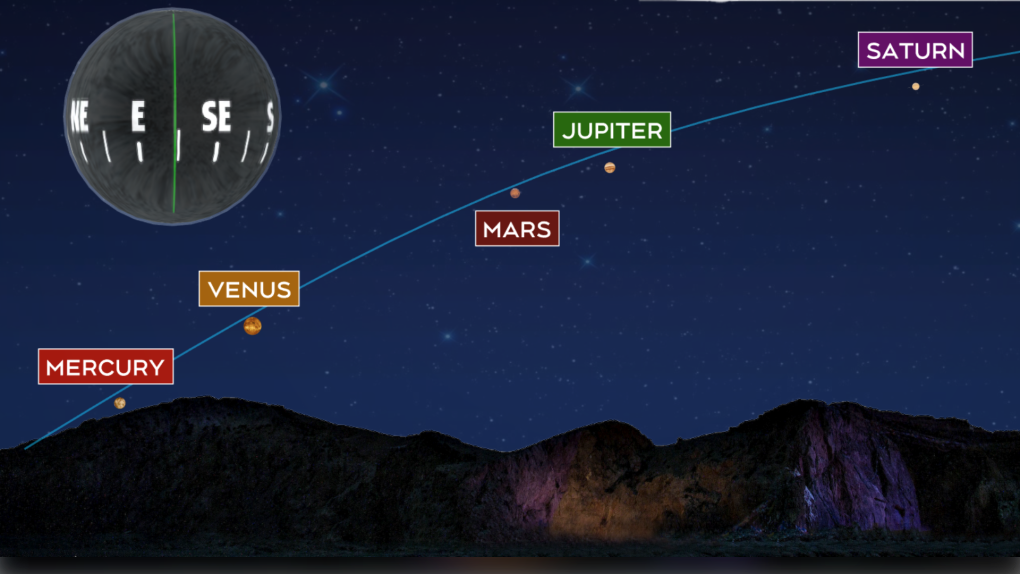 Clearing skies in all three Maritime provinces Wednesday morning will provide an opportunity to view several planets towards the southeastern horizon.

The weather front that brought rain and showers to the region at the beginning of this week will shift east Tuesday night.

Mainly clear conditions are expected for New Brunswick tonight, with clearing for both Prince Edward island and Nova Scotia overnight. 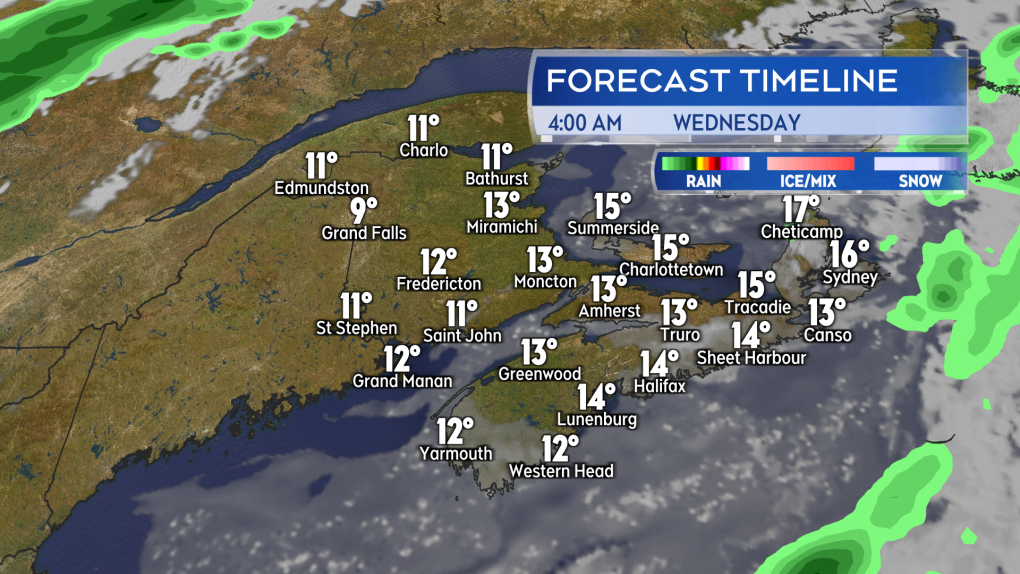 This should afford early risers with the opportunity to view several planets towards the southeastern horizon just before dawn Wednesday.

As with most night sky viewing, it is recommended to be in an area of reduced light pollution for best visuals.

Additionally, there is likely to be some patchy fog Tuesday night with fog potentially more widespread on the Atlantic coastline of Nova Scotia. Thick fog can obstruct viewing. 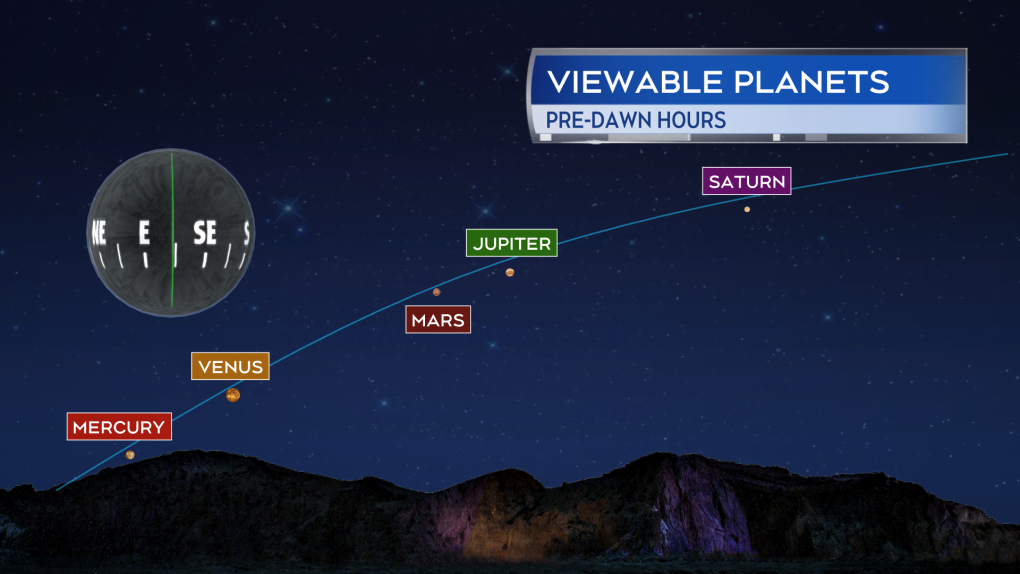 Several planets are currently viewable towards the south and east in the pre-dawn hours.

Fair weather is expected Wednesday with plenty of sun for much of the Maritimes. However, some high cloud spilling off the Atlantic in the afternoon is expected.

Temperatures will be warm with most highs reaching the mid-to-high 20s. Dew point temperatures -- a measure of moisture in the air -- are expected to fall for Wednesday, which should give a less muggy feel that the region has been experiencing. 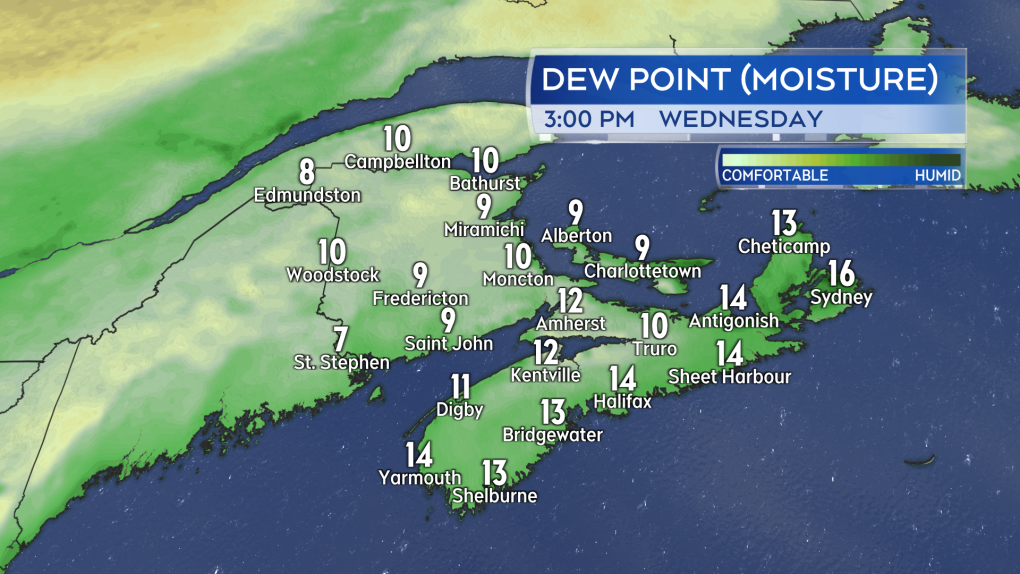 Dew point temperatures -- a measure of moisture in the air -- are expected to fall in the region for Wednesday. That should bring some relief to the muggy conditions that have persisted since this past weekend.

A weak-front from the west will return showery weather on Thursday. The showers most widespread for New Brunswick and more patchy for Nova Scotia and P.E.I. There will be a risk of isolated thunderstorms along with the showers.

The forecast for Canada Day is fair and hot for most, with a general mix of sun and cloud expected, along with a breezy southwest wind.

High temperatures will mainly be in the mid-to-high 20s, but will feel more like 30 degrees with the humidex.

Low 20s are expected along parts of the coast. There is a chance of showers or thunderstorms in northern New Brunswick due to a weather front positioned over the St. Lawrence River Valley. 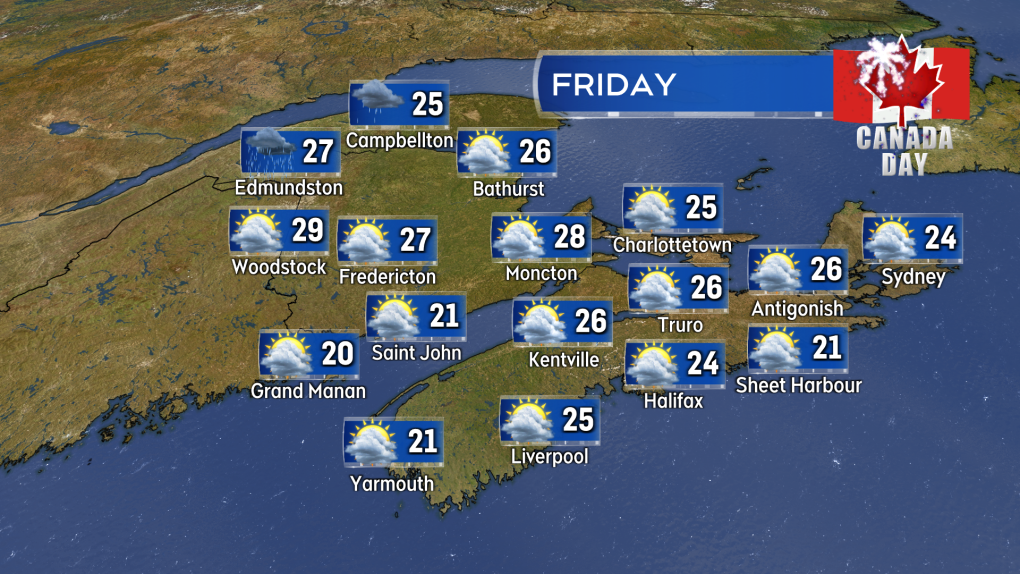 So far, a warm-to-hot Canada Day in the forecast. A mix of sun and cloud with a chance of showers and thunderstorms in northern areas of New Brunswick.