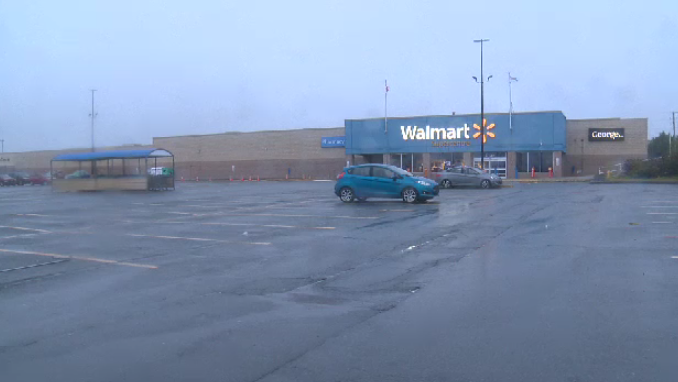 A man allegedly struck a parking lot barrier with a stolen SUV around 9 p.m. Tuesday in the Walmart parking lot on Chain Lake Drive in Halifax.

Halifax Regional Police say a man is facing charges after he allegedly struck a parking lot barrier with a stolen SUV.

Police say they responded to the crash around 9 p.m. Tuesday in the Walmart parking lot on Chain Lake Drive.

According to a police news release, the driver ran from the vehicle.

Officers found the abandoned SUV with significant damage and confirmed that it was stolen.

The driver was found shortly after inside a nearby business. Police say he was arrested without incident.

The 21-year-old man from Halifax is being held for court and faces charges of theft and possession of a motor vehicle and breaching probation.