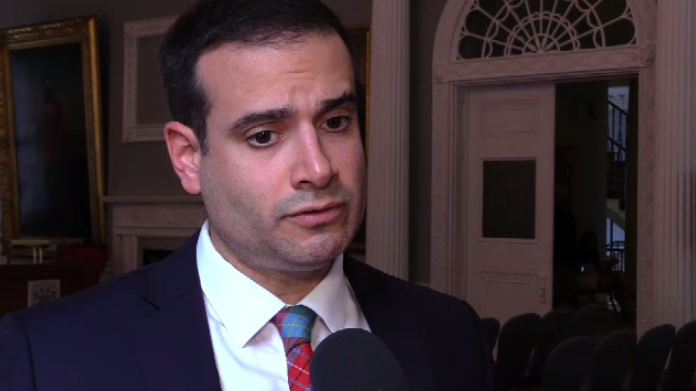 "You open meetings up to the public and you have all kinds of various pressures that enter into the equation," says Education Minister Zach Churchill.

HALIFAX -- Nova Scotia's education minister says meetings of the advisory council that replaced elected school boards will be held in private, in part because he worries outside "pressures" might come to bear on the volunteer members.

Zach Churchill said Thursday the 12-member council doesn't make decisions, is no longer an elected body, and it may have better discussions when it meets behind closed doors and provides him advice.

"I think it (being public) can impact it for sure in a way that is counter to our intention to have that group solely focused on evidence and advice as a result of that," said Churchill.

"You open meetings up to the public and you have all kinds of various pressures that enter into the equation."

The Provincial Advisory Council on Education -- which includes a number of former school board members -- was appointed in September, six months after the Liberal government announced the dissolving of seven elected school boards.

The council is mandated to meet four to six times a year or more if the members decide it's necessary, and provide advice to the minister from all regions of the province.

Churchill said he will keep talking to the council about opening up the meetings, but for now closed doors will be the rule.

He said the agenda and minutes will be made available to the public, with full accountability for education lying with elected officials like himself.

"Those meetings should be open to the public. Education policies are of huge public interest and I can't understand why the minister won't just open them to the public," said Houston.

NDP Leader Gary Burrill said he sees the decision as part of a wider pattern of the Liberals shutting down public discussion and debate.

"We had a democratic school board process. One feature of it was that people could attend meetings, speak to their school board member and know about their business," Burrill said.

"It's a major democratic loss and ... at a minimum the meetings should be open to the public."

The NDP leader said the fact the board only has advisory powers doesn't mean its meetings should be held in secret.

"It's bound to do better work if its work is subject to public scrutiny," he said.