More than 260,000 incorrect letters sent to N.B. voters ahead of local elections

More than 260,000 incorrect letters sent to N.B. voters ahead of local elections 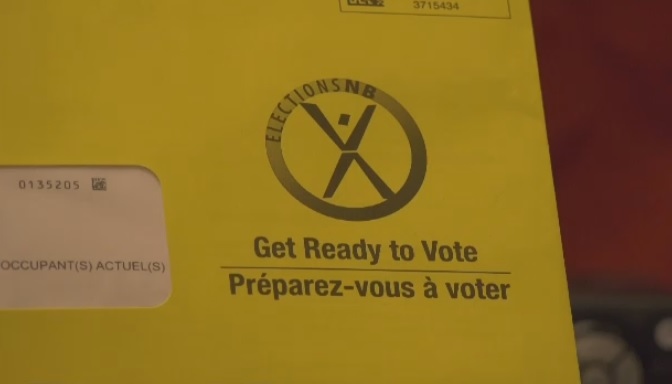 Elections New Brunswick is warning voters that they may receive letters with incorrect information about local government elections happening next month.

In a news release Wednesday, Elections New Brunswick says more than 260,000 households are affected by the error.

It explains the issue was caused by a mix-up in the names on files sent to a vendor who printed and packaged the letters.

“The mistake, introduced after the files were sent to the supplier, was not caught by us during the proofing process,” said Kim Poffenroth, the chief electoral officer for Elections NB, in the release.

“Voters who live in areas having an election will be sent voter information cards by us in mid-November, indicating when and where they can vote.”

Newspaper readers can also find election information in all daily papers next week in a published insert and residents can call the Elections NB call centre Monday to Saturday with questions at 1-888-858-8683 (VOTE).

Elections NB adds that information regarding the local government elections on Nov. 28 can be found on its website.

The following communities are not having elections:

Elections NB says people living in other parts of the province, including those in unincorporated rural areas, will have “some form of election.”

The RCMP has confirmed it is investigating 'broader foreign actor interference activities' in Canada, but Commissioner Brenda Lucki is declining to provide more details given the investigations are 'ongoing.'

Drug slows Alzheimer's but can it make a real difference?

An experimental Alzheimer's drug modestly slowed the brain disease's inevitable worsening, researchers reported Tuesday – but it remains unclear how much difference that might make in people's lives.

The Senate passed bipartisan legislation Tuesday to protect same-sex marriages, an extraordinary sign of shifting national politics on the issue and a measure of relief for the hundreds of thousands of same-sex couples who have married since the Supreme Court's 2015 decision that legalized gay marriage countrywide.