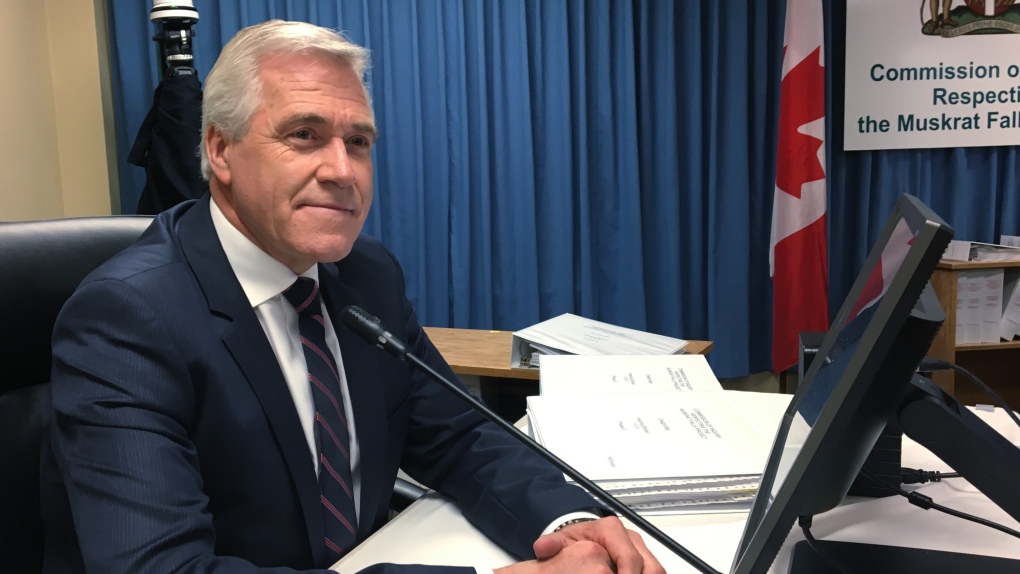 Dwight Ball says he discussed the topic of clean energy with Quebec Premier Francois Legault in a meeting on Thursday.

ST. JOHN'S, N.L. -- Newfoundland and Labrador's premier says he's renewing his focus on Atlantic Canada's clean energy transition -- and the potential role of his province's hydro resources -- as he prepares to lead a meeting of the region's premiers next year.

Dwight Ball says he discussed the topic of clean energy with Quebec Premier Francois Legault in a meeting on Thursday.

During a news conference at the legislature on Friday, Ball was vague about his discussions with Legault, but said he would like to bring Quebec into the Atlantic conversation about clean energy and addressing "transmission bottlenecks" in the region.

"What's important here is for us to speak with Quebec collectively (so) that we can work together, not just as four provinces but as five provinces, to be a solution to some of the greenhouse gas emissions we're seeing," Ball said Friday.

Ball is set to chair the Council of Atlantic Premiers beginning in January. He will host meetings and set agendas over the course of 2020 and said clean energy will be a top priority item.

He said his province's resources could play a role in getting Eastern Canada onto 100 per cent renewable energy, but says the mistakes of the Muskrat Falls project must not be repeated.

The beleaguered hydroelectric dam on Labrador's lower Churchill River is now years behind schedule and estimated to cost $12.7 billion -- more than double the initial projection and equivalent to about a third of the province's debt.

The dam will send power to the island of Newfoundland and to Nova Scotia through sub-sea cables.

Construction is wrapping up at Muskrat Falls, but it's set to produce more power than Newfoundland and Labrador needs, with ratepayers on the hook to pay for the surplus.

Ball said surplus power from Muskrat Falls or power from the proposed Gull Island dam could be part of a regional energy solution, but only if there is a mutually beneficial relationship between his province and the customer.

"Muskrat Falls was a forced customer -- that being the ratepayers," he said. "This will not be forced on any other province like it's been forced on Newfoundlanders and Labradorians."

Ball said Friday that he and the Quebec premier also discussed mining and transportation, adding Quebec supports building a fixed underground link to connect Labrador to the island of Newfoundland.

He said both provinces expect to bring their priorities around mutual transportation needs to their federal counterparts once the new federal cabinet is sworn in this month.

This report by The Canadian Press was first published Nov. 1, 2019.