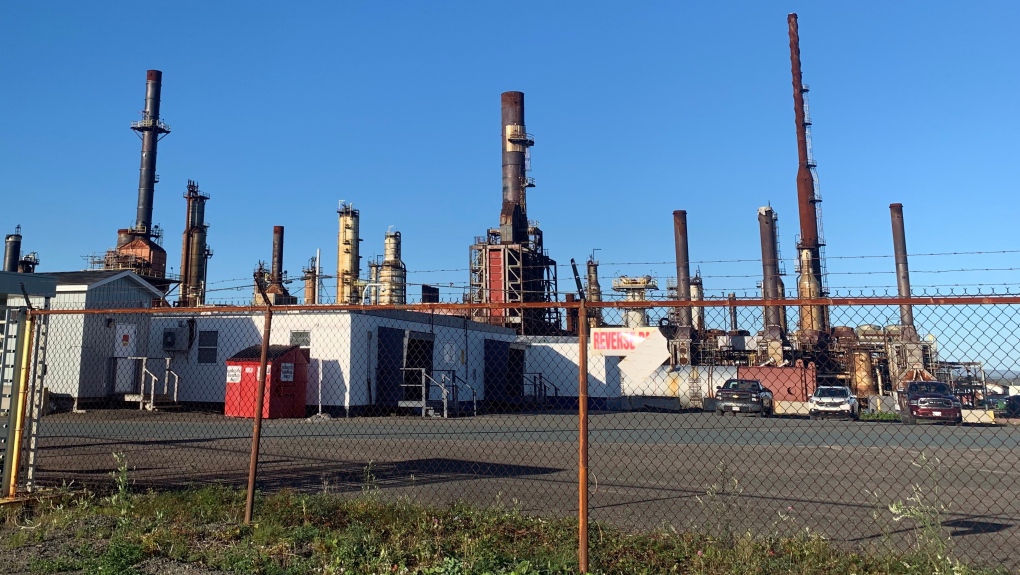 An idled oil refinery in the town of Come By Chance, N.L., has new owners and a planned new life producing renewable diesel and sustainable aviation fuel beginning in mid-2022.

The Newfoundland and Labrador government announced Tuesday that an agreement had been reached in the sale of the refinery to Cresta Fund Management, a Texas-based equity firm. Cresta will acquire a majority interest in the facility, and it will be rebranded as Braya Renewable Fuels, the government said.

"This is a positive step as the province itself looks to transition into a greener economy," Premier Andrew Furey told reporters in St. John's.

Cresta is purchasing the facility from New York-based investment firm Silverpeak, which will maintain a minority interest in the refinery, officials said. Silverpeak is the parent company of North Atlantic Refining Ltd., the company that had been operating the refinery. The companies would not say how much the deal was worth.

The government said Cresta plans to be producing about 14,000 barrels a day of "sustainable aviation fuel and renewable diesel" at the facility by mid-2022, with an aim to eventually double that output. The deal includes a commitment from the owners to maintain employment levels equivalent to at least 200 full-time jobs, and to ensure the island of Newfoundland always has fuel.

The Come By Chance refinery has been a source of uncertainty for both the provincial government and the facility's hundreds of workers since its operations were suspended in March 2020. Two previous efforts to purchase the facility fell through before Cresta came aboard.

At its peak, the refinery processed about 130,000 barrels of oil a day, and provided the island of Newfoundland with the vast majority of its fuel. Since it was idled last spring, North Atlantic Refining Ltd.'s marketing arm, NARL Marketing, has been importing all of Newfoundland's fuel.

That arrangement will continue and is part of the conditions of the sale, with Silverpeak remaining the controlling entity of NARL Marketing.

As an oil-processing refinery, the facility was among Canada's top 40 emitters of greenhouse gases in 2019, according to data from the federal Greenhouse Gas Reporting Program. With the switch to renewable fuels, those emissions will be go down "quite substantially," said Jim Stump, a Cresta representative who was also in St. John's for Tuesday's announcement, though he did not provide exact details.

"Mainly because there's fewer pieces of equipment operating to produce diesel for now," Stump told reporters. "And also because the contaminants that come in with crude oil, specifically sulphur and nitrogen, don't exist to much extent at all in our renewable feed stocks."

Stump said renewable diesel is "molecularly identical" to regular diesel fuel, but made from raw plant or animal byproduct material. "The idea is the plant grew, consumed (carbon dioxide) from the air, and then when it's converted to fuel and burned, it releases CO2 back into the air but it's a balance," he said. "So that's why it's renewable."

Canola, for example, is a possible source of raw material for renewable diesel that Cresta is "really excited about," he said. Other sources include soybean oil or beef tallow.

At the moment, there is no Newfoundland-based source for these feed stocks, but the promise of canola could be "good for farmers in Saskatchewan," said Silverpeak partner Kaushik Amin, who was also in St. John's for Tuesday's announcement.

The deal also includes an indemnity clause good until 2031 that puts the province on the hook to cover up to $180 million in cleanup costs for any environmental contamination at the site that may have existed before Cresta's purchase of the plant.

An environmental assessment of the site must also be completed within 18 months of Cresta's acquisition of the site. When asked if the company would commit to making that assessment public, Amin said Cresta would comply with applicable regulations.

"Beyond that, we're a private company, so we have to make sure that everybody respects the private nature of the company," he said.