N.S. opens more seats for internationally-trained doctors who want to return for residency

N.S. opens more seats for internationally-trained doctors who want to return for residency 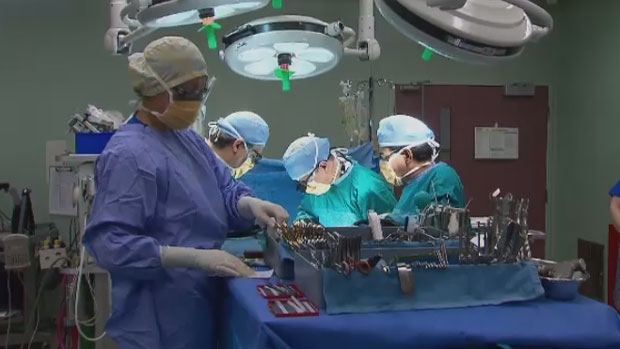 The Maritimes’ only medical school graduates about 108 students from its Halifax and Saint John campuses.

The list of Nova Scotians without a family doctor has steadily increased throughout 2022, with more than 116,000 residents on the province’s doctor waitlist in October.

Now, Nova Scotia is opening 10 more seats to allow more medical graduates studying outside of Canada to complete their residency in their home province. The province says priority will be given to those with a connection to Nova Scotia.

The new seats are in addition to six previously designated seats for international medical grads interested in completing their residency in Nova Scotia, bringing the total to 16 students.

“We know that doctors stay and practise where they train. Without this pathway, these students are forced to accept a residency program wherever they can find a match. If they match outside Canada, they have a longer pathway to come home,” said Dr. Nicole Boutilier, vice-president of medicine at Nova Scotia Health and co-lead of the Office of Healthcare Professionals Recruitment, in a Monday news release.

Boutilier added that some students “are spending five to 10 years in another country at that crucial age when people start to lay down roots and build community.”

It’s her hope that bringing more opportunities for international medical graduates to complete their residency in Nova Scotia will help with the current doctor shortage plaguing the province’s health-care system.

According to the province, the few residency spots offered to medical graduates from outside of Canada are coveted, with Halifax’s Dalhousie University receiving roughly 800 applications each year.

“We have heard from Nova Scotians who have gone away for medical school and want to come home but cannot get a residency here,” said Health and Wellness Minister Michelle Thompson in a release. “This new stream will help these future doctors start their careers where they want to be – at home.”

The province says any seats that go unfilled by Nova Scotians during the first matching round will then open to other international medicine graduates.

Those who are accepted to the program are required to work in an area of high need in Nova Scotia for at least three years after completing their residency requirement.

The provincial government has also created 10 new residency seats in family medicine for 2023.

Marit Stiles officially became the new leader of the Ontario NDP on Saturday after a majority of party members voted in favour of the lone candidate.