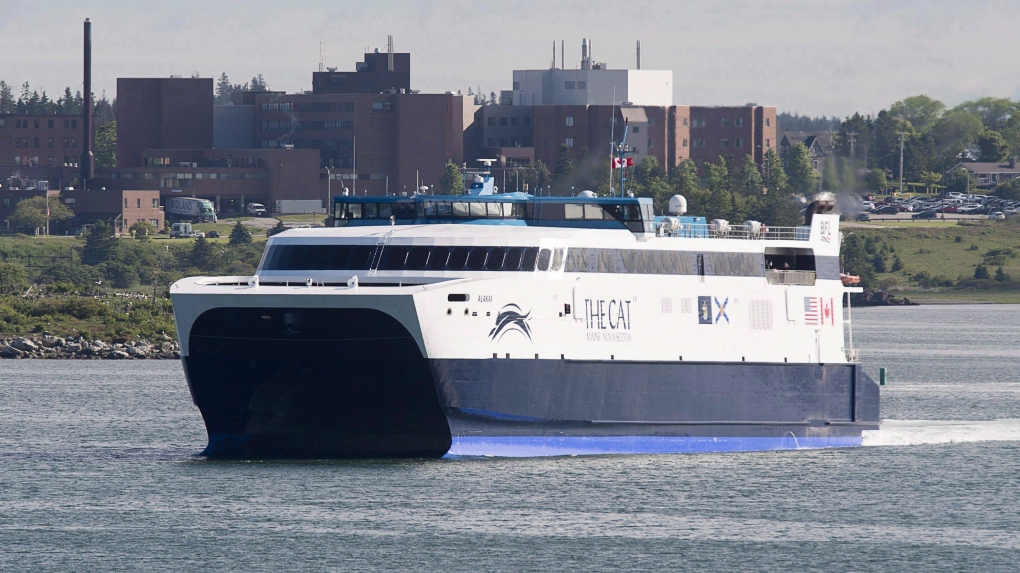 HALIFAX -- The Nova Scotia government is continuing to butt heads with the province's privacy commissioner, rejecting her call to reveal the management fee and potential bonuses paid to the private operator of the Yarmouth-to-Maine ferry.

In a letter released Thursday by the Opposition Progressive Conservatives, Catherine Tully was told by the Transportation Department that it doesn't accept the findings of a report she released on Dec. 17.

Signed by deputy minister Paul LaFleche, the letter says "the department does not intend to make further disclosures on this file."

"There is a legitimate public interest in protecting the confidential commercial information of third-party businesses," wrote LaFleche.

"The Act also emphasizes the need to protect the economic interests of a public body. We believe both of these factors are key in protecting the public's interest in innovation and development."

LaFleche told Tully the information the department does release on ridership targets, budget costs and actual final expenditures are better indicators of the performance of the highly subsidized ferry.

Tully's report was released following appeals to her office by the Tories and reporters from AllNovaScotia.com and Global News, after their freedom-of-information requests to get the information in 2016 were denied.

Her report found the department couldn't provide any evidence to bolster its arguments for not releasing the information related to its contract with Bay Ferries.

Tully said Thursday she wasn't surprised by the government's response.

"We've seen a pattern as I reported in my annual report over the past year or two, where the government has been quite frequently rejecting recommendations for further disclosure that I make," she said.

Tully, who can only make recommendations, has increasingly pushed for changes to the province's privacy law to give her order-making powers. She said it's become clear to her the system she oversees isn't effective as it relates to either access-to-information or privacy.

While the government is within its rights to say no to her recommendations, Tully said there are consequences.

"If they (government) are not seriously considering the recommendations, if they are just essentially repeating the same arguments that they made that the evidence didn't support, then it's really not a meaningful process," said Tully.

"It's frustrating for applicants who now bear the burden of filing appeals."

Tory Leader Tim Houston expressed surprise at the government's stance in its letter to Tully, and added he doesn't know what it is trying to hide when it comes to the Bay Ferries deal.

Houston said the response also shows a lack of regard for the freedom-of-information process.

"This week has been particularly disturbing to see how little respect the government has for the commissioner and her role," he added.

Earlier this week, Tully released a report that slammed the government for a lack of oversight that led to a serious breach of the province's freedom-of-information web portal that exposed nearly 7,000 records.

The report admonished the government for failing to protect the public's personal information and said the breach was "entirely preventable."

As part of her review, Tully wrote to Premier Stephen McNeil and again asked for order-making powers. McNeil has consistently rejected that idea and did so again on Thursday.

"On the question of order-making powers, the Premier's position hasn't changed," was all that was offered in an email Thursday by McNeil's spokesman David Jackson.

"The activities over the last four-and-a-half years has shown me recommendation-making doesn't work," she said.

"It doesn't work to protect the interests of citizens."