NASA takes note of Maritime man on mission to Mars 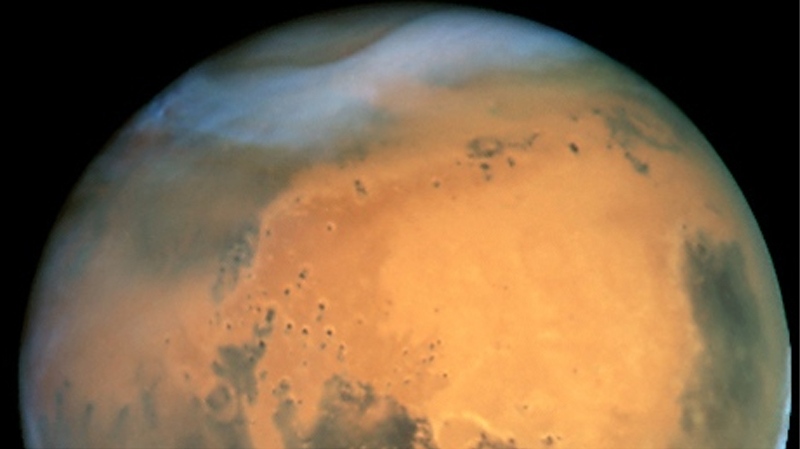 Mars is seen in this image taken by the Hubble Space Telescope.

It may sound like the plot of a science fiction movie, but a Maritime man is on a mission to earn a spot on a one-way trip to Mars.

Tyler Reyno has been busy giving presentations about space travel and technological advances to group camps at the Discovery Centre in Halifax.

The aspiring astronaut believes the advances will make the Mars One mission – which aims to establish a permanent human colony on Mars by 2023 – a success.

“We’ve learned so much about the Earth. We’ve advanced so far technologically and now we look up at any given moment at the sky and realize we’ve never gone further than our own atmosphere,” says Reyno.

“I want to be one of the first to experience interplanetary travel but also, because it’s the next logical step. We’ve gone to the moon and, given we have Mars on one side and Venus on the other, and Venus is highly inhabitable, it only makes sense to go to Mars.”

The application process is tough. Only 24 people will go on the mission and, so far, more than 100,000 space-seekers have applied.

The Mars One organization is considering a number of attributes, such as curiosity, teamwork enthusiasm, while selecting astronauts for the mission.

Reyno has been campaigning tirelessly and his efforts haven’t gone unnoticed; his enthusiasm has earned the attention of NASA.

“In fact, I was contacted by Susan Morrison of NASA. She’s an educational ambassador for NASA,” says Reyno. “Her and I have actually been in contact quite frequently. She’s been updating me on all the latest Mars travel technology updates.”

Reyno is completing a mechanical engineering degree at Dalhousie University and plans to pursue a master’s degree in aerospace engineering.

His girlfriend, Kat Reymarova, believes his hard work will pay off in the end.

“He’s just so passionate about it, and I remember first hearing about it and being amazed…I see how much he puts into it,” says Reymarova.

NASA considers the planned launch date to be a long shot, but the Reyno and the Mars One group are confident the mission will come to fruition.

With a countdown of nine years, Reyno and Reymarova are working on their Earth bucket list.