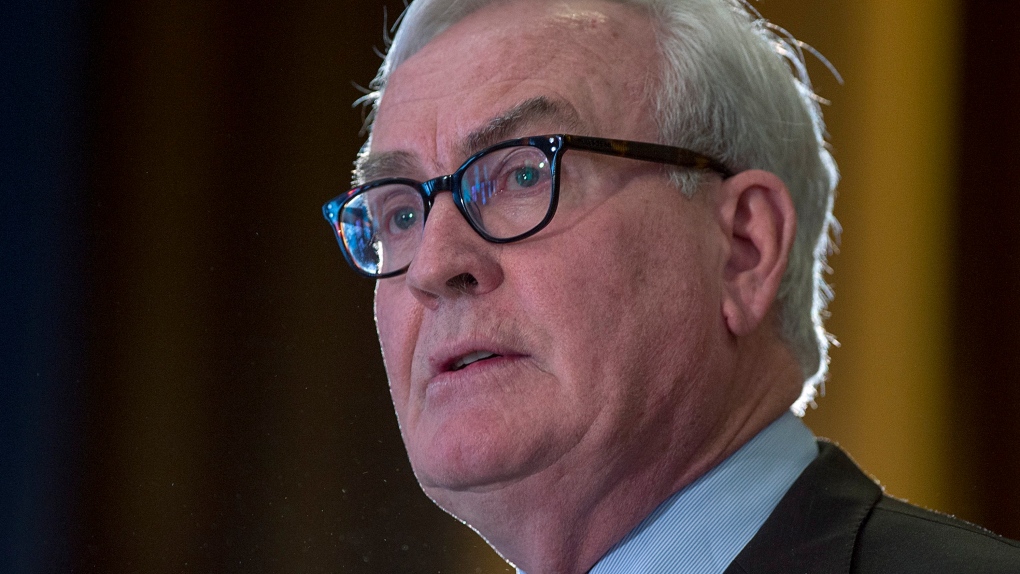 Kevin Vickers, the former House of Commons sergeant-at-arms, announces his intention to run for the leadership of the New Brunswick Liberals, in Miramichi, N.B. on Friday, March 15, 2019. Vickers recently retired as Canada's ambassador to Ireland. THE CANADIAN PRESS/Andrew Vaughan

FREDERICTON -- New Brunswick's Liberal party has confirmed Kevin Vickers is the lone candidate for its leadership, setting the stage for his acclamation.

The party's leadership steering committee says it decided late Wednesday to recommend to the party's board that the former House of Commons sergeant-at-arms be appointed leader.

The board will make a decision next Tuesday evening.

The steering committee says it still wants the June 21-22 leadership convention in Saint John to proceed, "with an altered itinerary."

Hailed as a hero for helping to end the 2014 attack on Parliament Hill, Vickers was the first candidate to officially enter the race two weeks ago.

The only other declared candidate, Rene Ephestion, leader of the party's Multicultural Inclusion Commission, announced earlier this week that he is withdrawing from the race.

Vickers, a political neophyte in his early 60s, issued a statement last month saying he is looking forward to speaking with Liberals "about a new path forward."

He has drafted a five-point plan that calls for growing the province's economy and population, improving health care, "transforming" education, ensuring environmental protection and making sure provincial finances are well managed.

Vickers, who also served as Canada's ambassador to Ireland, has acknowledged spending many years away from the province, but he has also focused on his deep roots in New Brunswick.

Vickers had a long career of public service, including 29 years in the RCMP. He also served as aide-de-camp for the lieutenant-governor of New Brunswick. He served as sergeant-at-arms for the House of Commons between 2006 and 2015.

On Oct. 22, 2014, Vickers was serving as sergeant-at-arms of the Commons when he shot and helped take down a man armed with a .30-30 rifle. Michael Zihaf Bibeau had barged into Centre Block on Parliament Hill after killing honour guard reservist Cpl. Nathan Cirillo at the National War Memorial.

The provincial Liberals under then-premier Brian Gallant won just 21 seats in an election last fall -- one fewer than the Tories -- and they relinquished their hold on power in November after losing a confidence vote in the legislature.

But that arrangement is set to expire in less than 18 months.