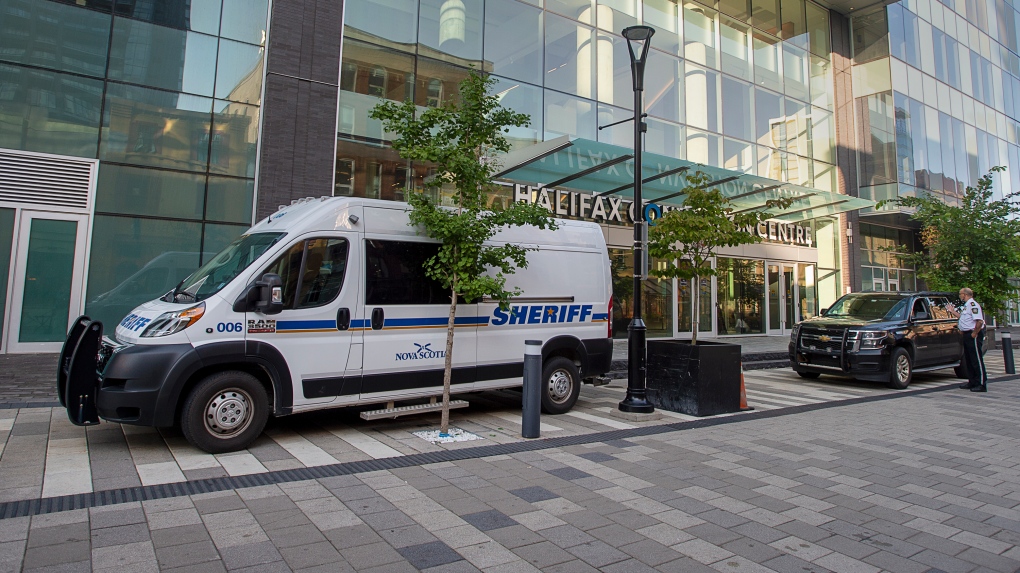 A trial of inmates accused of attempting to murder a prisoner in his Nova Scotia jail cell heard from a witness Friday who recalled hearing a prisoner shouting he hoped the man would die.

Katlyn Hubley, one of two captains on duty the night of Dec. 2, 2019, testified that as she arrived at the scene she pleaded fruitlessly with inmates to let her and other guards advance and assist.

Hubley, who left the corrections service in January, said she heard inmate Kaz Cox, who was standing in front of guards, say, "It is going to happen." Reading from her 2019 statement to police, she said she heard at some point during the alleged attack an inmate say: "He needs to die."

She told the court Friday that after the alleged beating ended, Jacob Lilly, one of he accused, jumped on a metal table and shouted, "I hope he ΓÇª dies."

During cross-examination, Lilly's lawyer, Ian Hutchison, questioned whether his client had ever made the statement, and he also focused on Hubley's credibility, noting she had been demoted from her position as a senior officer before she left the corrections service.

Earlier on Friday, John Hawkins, the supervisor on duty that night, told the court that as he and his staff ordered inmates to clear the way and allow them to enter the cell, he heard one inmate, Brian James Marriott, say, "No," and he also heard Cox say, "It is going to happen."

Hawkins said that when he arrived at the scene, Hubley told him she thought a murder was happening inside the cell at the Central Nova Scotia Correctional Facility.

The trial in Nova Scotia Supreme Court has heard the alleged beating and stabbing of Stephen Anderson, who recovered from his injuries, occurred over a period of about two minutes and 45 seconds.

Hubley testified that after the assault was finished, the inmates who emerged from the cell included Wesley Hardiman and Matthew Lambert -- two of the six inmates on trial -- along with Austin Mitton and Kevin Clarke-McNeil, who face trial in the same matter later this fall.

She said Lambert was clutching and unclutching his fist, adding that his hand was "swollen and bloody."

During Friday's testimony, police forensics officer Det.-Const. Randy Wood said that when he went to the hospital to see Anderson, whom he said he had known before the alleged attack, he could barely recognize him because his face was so swollen. Wood said Anderson managed to pry open one eye and said he didn't want the officer to photograph his injuries and that he wouldn't provide any information about the assault.

Wood provided the court with a book of photographs that included shots of blood spatter in Anderson's cell, Anderson's shirt with puncture holes in it and a photo of a hollowed-out bar of soap with three sharp objects inside that he said was seized from a cell.

The trial involves six of the 15 accused in the case. Eight other accused, including Cox and Marriott, are to be tried later this fall, and a 15th inmate, Sophon Sek, is facing a separate trial. The first six defendants are Lilly, Hardiman, Lambert, Colin Ladelpha, Kirk Carridice, and Omar McIntosh.

The trial is providing a glimpse of the inner workings of the Central Nova Scotia Correctional Facility, often referred to as the Burnside jail, which is located in an industrial park on the outskirts of Halifax. Taking place in a special room booked at the Halifax Convention Centre, the trial has heard several defence lawyers raise the possibility that Anderson was being "bounced" from the unit.

The term refers to an alleged tactic inmates will use to evict a prisoner from their unit by verbal or physical intimidation, Hawkins told the court Friday. He said it's a frequent occurrence at the jail, despite efforts by staff to avoid putting offenders into units where they'll be forced out by fellow prisoners.

Hawkins said the violent attack on Anderson went far beyond any of the usual "bouncing" tactics used to evict an inmate from a unit at the jail.

This report by The Canadian Press was first published Sept. 24, 2021.