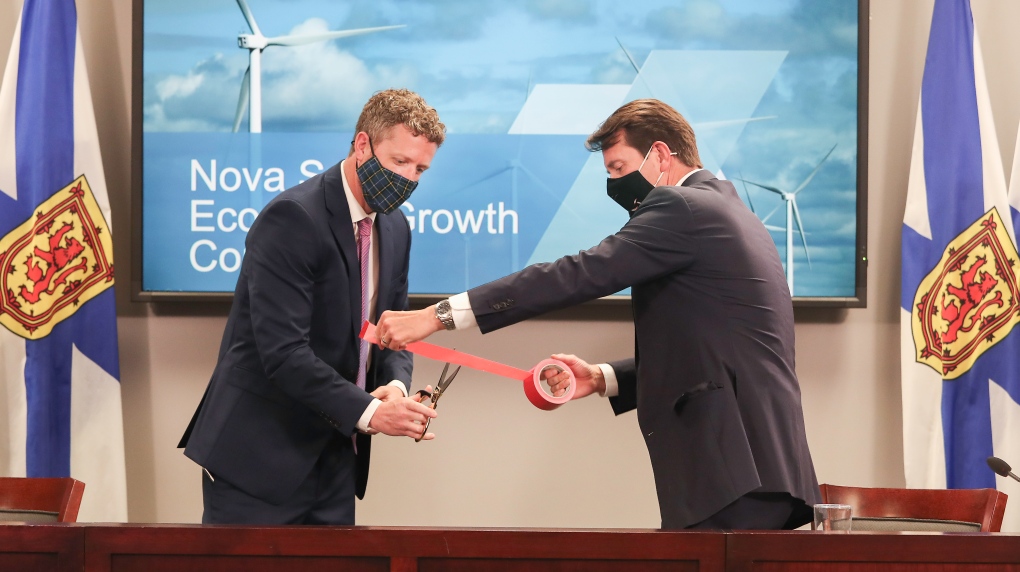 The Nova Scotia government announced Wednesday it will eliminate all regulatory fees for new businesses during their first two years in operation.

The pledge stems from recommendations by the government's Economic Growth Council, an advisory group that is helping draft the province's post-pandemic economic recovery plan.

In all, the council submitted 16 recommendations to Premier Iain Rankin's Liberal government Wednesday -- all of them focused on immediate and short-term actions.

To do that, he says the government will cut an additional $30 million in what he called "unnecessary regulatory burden" to spur more growth by the end of next year.

The premier is also promising to reduce the "unnecessary administrative burdens" on physicians, and he is pledging to create a one-stop shop for startup permits.

"The council acted swiftly to provide its first set of recommendations on how best to position Nova Scotia's economy as we begin our post-pandemic recovery," Rankin said in a statement.

This report by The Canadian Press was first published July 7, 2021.

Frustrated onlookers urged police officers to charge into the Texas elementary school where a gunman's rampage killed 19 children and two teachers, witnesses said Wednesday, as investigators worked to track the massacre that lasted upwards of 40 minutes and ended when the 18-year-old shooter was killed by a U.S. Border Patrol team.

Texas school shooting: What we know so far about the victims

Charest and Brown challenge Poilievre, and other notable moments from the French Conservative leadership debate

As it happened: The 2022 French-language Conservative leadership debate

The Conservative Party of Canada leadership hopefuls debated face-to-face in French, in Laval, Que. on May 25. Recap CTV News reporters' real-time updates as the debate unfolded.

Several parts of the country, including British Columbia and Canada's Maritime provinces, are likely to see wetter-than-normal conditions this summer, according to AccuWeather's annual summer forecast.

The Public Health Agency of Canada says it has now confirmed a total of 16 cases of monkeypox in the country, all in Quebec.

Canadian meets her long-lost sister for the first time on U.S. morning show

During an appearance on ABC's Good Morning America on Wednesday, adopted siblings Hannah Raleigh of Chicago and Limia Ravart of Montreal met in person for the first time after an ancestry test confirmed the two are in fact related.

Prime Minister Justin Trudeau cancelled plans to appear in person at a Liberal fundraiser in British Columbia Tuesday after RCMP warned an aggressive protest outside the event could escalate if he arrived, said a source close to the decision. The source spoke to The Canadian Press on condition of anonymity because they were not authorized to discuss the situation publicly.

'How to Murder Your Husband' author found guilty of murder

A jury in Portland has convicted a self-published romance novelist - who once wrote an essay titled 'How to Murder Your Husband' - of fatally shooting her husband four years ago.