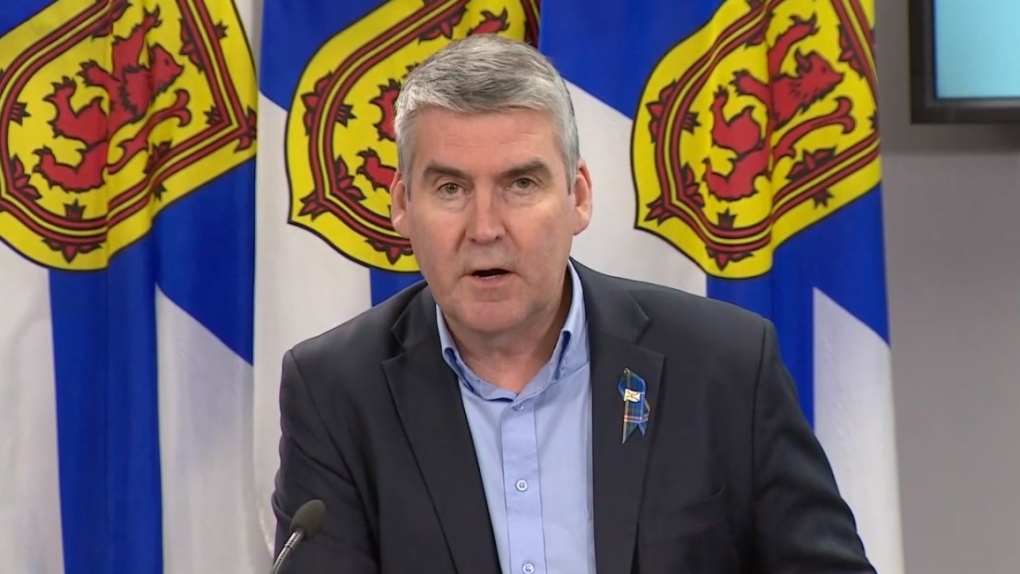 Nova Scotia Premier Stephen McNeil provides an update on COVID-19 during a news conference in Halifax on April 29, 2020.

HALIFAX -- Nova Scotia reported 12 new cases of COVID-19 on Thursday, bringing the total number of confirmed cases in the province to 947.

This is the lowest number of cases announced since Sunday, when eight new cases were reported.

Dr. Robert Strang, Nova Scotia’s chief medical officer of health, has said there are signs that the spread of COVID-19 is slowing down in the province.

“We can’t make firm judgments based on any one day, but the fact that our testing volume was up again yesterday, and we have a relatively low number of positive cases, and the majority of those cases are associated with the Northwood outbreak, to me is a further indication that we are beginning to see a slowing down of COVID-19 in Nova Scotia, which is very good news,” said Strang during a news conference in Halifax on Wednesday.

While the numbers may be dropping, Strang said now is not the time for Nova Scotians to let their “guard down.”

"What we are doing is working to slow this virus' spread and we need to stay the course,” said Strang in a statement released Thursday.

“I want to thank all Nova Scotians for their patience and vigilance,” said McNeil in a statement. “We will get through this together.”

The province said, moving forward, news conferences will only be held on Tuesday, Wednesday and Friday, but the government will continue to send out news releases each day.

There are no additional deaths related to COVID-19 at this time. To date, there have been 28 deaths in the province.

Of the 28 deaths, 22 have been at the Northwood long-term care home in Halifax, which is the largest such facility east of Montreal.

As of Wednesday, 10 long-term care facilities in Nova Scotia had confirmed cases of COVID-19, involving 235 residents and 104 staff members.

Most of those cases are at Northwood’s Halifax facility. On Thursday, Northwood reported a total of 296 confirmed cases, with 216 residents and 80 staff members affected by the virus.

Strang said there will likely be more deaths at Northwood, and it will be weeks before the outbreak can be declared over. However, he said he does see some positive news in the numbers, as it appears the situation at Northwood has stabilized.

“The situation, while it remains serious, has become very much under control. It is certainly stabilized,” said Strang on Wednesday.

“While we unfortunately have had 22 people in that facility die, we have to recognize that we’ve had 211 residents who have tested positive, the vast majority of them, with good care, have been able to recover or are recovering.”

Northwood said Thursday that 12 residents have now recovered and been moved to an off-site recovery unit.

All long-term care residents at its Halifax facility are being regularly tested for COVID-19, whether or not they have symptoms.

As for the other nine long-term care facilities that have seen positive cases of COVID-19, Strang said they are seeing no new cases, and their outbreaks have also stabilized.

In order for an outbreak to be declared over, there has to be a 28-day period where a facility sees no new cases.

What we know about the cases

There are now 10 people in hospital. Three of those patients are in intensive care units.

The province says 549 people have now recovered from the virus and their cases are considered resolved.

There are cases across Nova Scotia, but most cases have been confirmed in the central zone, which contains the Halifax Regional Municipality.

All of the province’s 12 new cases were confirmed in the central zone. The western, northern and eastern zones are reporting no additional cases at this time. 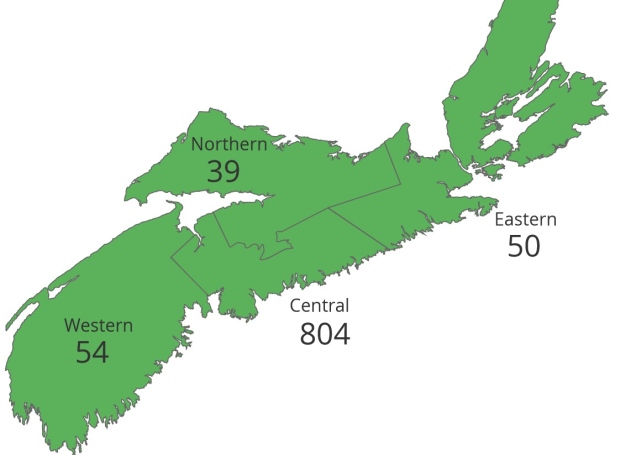 What should I do if I have symptoms?

What will it take for Canada's economy to recover from COVID-19's big blow?

Physical distancing until September could save nearly 100,000 lives in Ontario, Quebec, model shows

Is the virus on my shoes? All the places COVID-19 lurks, or doesn't

'All of our rooms are empty': Hospital ERs vacant during pandemic

Russian PM has coronavirus as cases surge past 100,000

Some parents are ditching their child's homeschool lessons, and experts say that's OK