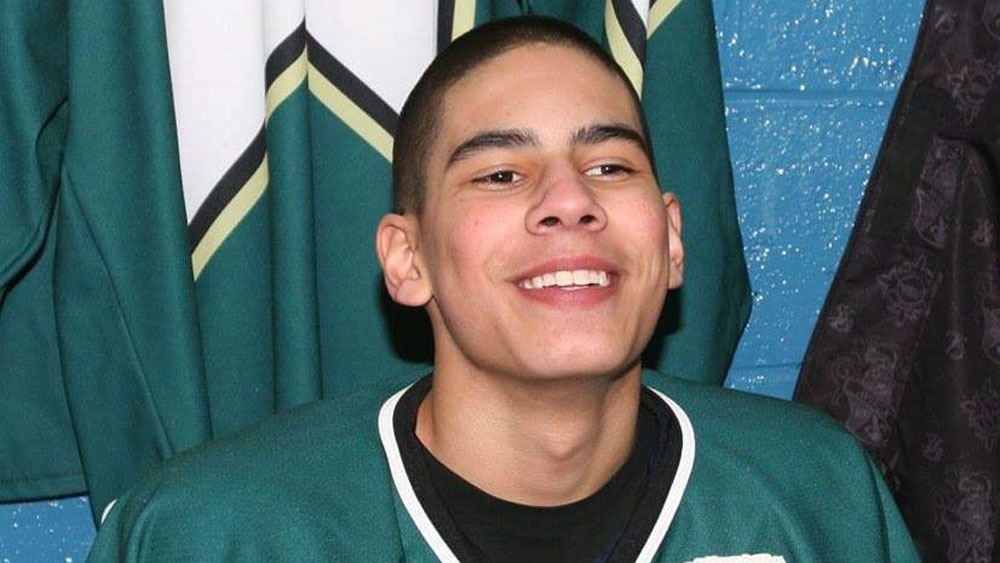 Clayton Cromwell is shown in a family handout photo. (THE CANADIAN PRESS)

HALIFAX -- Nova Scotia's freedom of information law is becoming "an exercise in frustration," the privacy commissioner said after the government partially rejected her recommendations on a report on a man's jailhouse death.

Commissioner Catherine Tully told the Justice Department it should provide The Canadian Press with most of an internal report into how 23-year-old Clayton Cromwell died from a methadone overdose at the Burnside jail in April 2014, other than names of prisoners and guards.

The efforts to see the internal report -- and what it says about the Cromwell's death -- extend back to December 2014, when The Canadian Press first applied for it.

Tully said the province failed to provide evidence to back its assertions that releasing the report would harm law enforcement and the facility's security, or that it would be "detrimental" to the custody of inmates.

She said when the province applied sweeping exemptions to almost all of the report, they didn't link their claims to specific passages, and "provided no evidence of (law enforcement) harm."

The commissioner says the province has told her it is now willing to release some of the documents, but will continue to apply exemptions that she has found aren't backed with evidence. Tully added it's still unclear how much of the document will be provided by Oct. 10, the deadline for The Canadian Press to appeal to the courts.

She said the government argues "harm" frequently in its refusals of freedom of information requests, and when her reviews have noted the lack of evidence, the province then rejects her findings and repeats its general assertions.

"It's an exercise in frustration for the public bodies, for the public and of course for this office to go through this kind of analysis and have it for the most part rejected out of hand," she said in an interview.

She said the case also illustrates how the current system forces applicants to either abandon their effort or face the expense of a time-consuming appearance before a Nova Scotia Supreme Court justice, despite a review in their favour.

However, Justice Minister Mark Furey responded that he feels his department is striking the proper middle ground between the public's right to know and his protection of the institution's safety.

"I've given instructions within the department to review the original application and the information released with a lens to providing what additional information we can, conscious that we still have to protect the privacy of individuals and the safe functionality of the facility," he said.

He said the redacted document will be provided before Oct. 10.

Opposition party critics say the case is the latest illustration of how the province's information commissioner should be an independent officer of the legislature, and have the power to make binding recommendations.

"It's unfortunate. We have a family that's been grieving since 2014 and can't get information to comfort them ... We have to go back to the promise the premier made in 2013 that he would make the privacy commissioner independent of the legislature," said Karla MacFarlane, the member of the legislature for Pictou West.

David Wilson, an NDP member of the legislature, said the government must give the privacy commissioner the power to compel the release of information.

"You have to question whether is it time to look at the power of that office," he said.

"You have to ask yourself, what are they trying to hide?" he said. "Anyone who follows the news knows there are serious problems in Nova Scotia correctional facilities and the public has the right to know."

It had recommended the release of documents about a salmon farm within 200 metres of their property.

Neufeld and Milan won their decision with a ruling from a judge, but Hebert says he estimates his billing would have been about $15,000 to $20,000 if he hadn't agreed to do the work for free.

He is now faced with an attempt to recover costs from the province through the court proceedings.

It's generally not a solution for most citizens using the freedom of information act, he said.

"Filing an action in the Supreme Court of Nova Scotia is no easy process. You have to have the proper forms. The rules governing procedures are two or three inches thick," he said in an interview.

"Most people would probably not do it or have to get a lawyer to advise them."

His clients drafted their own appeal, and managed to find assistance from the Right to Know Coalition and the East Coast Environmental Association.

"We won and the judge said it was almost a no brainer. There wasn't much of a reason to hold this stuff back," he said.

Nova Scotia's Freedom of Information website was knocked out of service for more than 150 days after it was taken down over privacy concerns.

It was recently resurrected, but new requests for government information normally withheld from the public are no longer being accepted through the website and will need to be filed in writing.