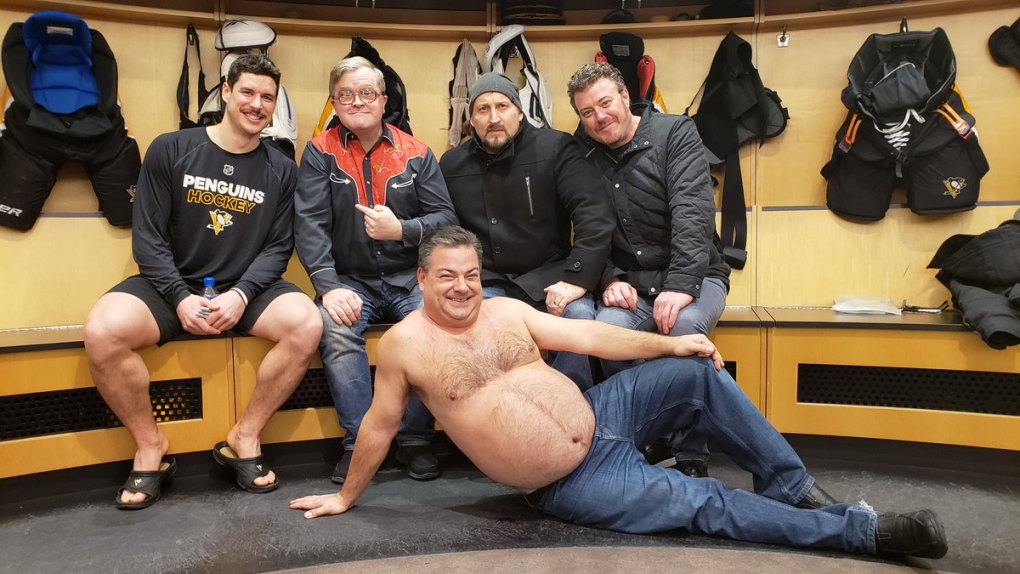 A peak Halifax moment occurred in Pittsburgh on Tuesday night when the main cast members of the "Trailer Park Boys" posed in the Penguins' locker room with Pittsburgh captain Sidney Crosby.

The photo of Crosby sitting on a bench with the show's stars when viral when actor Mike Smith, who plays the role of Bubbles on the hit cult comedy, posted it on his Twitter account.

Smith said in an earlier tweet that he, along with fellow "Trailer Park Boys" stars Robb Wells, John Paul Tremblay and Patrick Roach were at the game.

Crosby is from Cole Harbour, N.S.