Police search for person of interest, man taken to hospital after stabbing in Moncton: RCMP 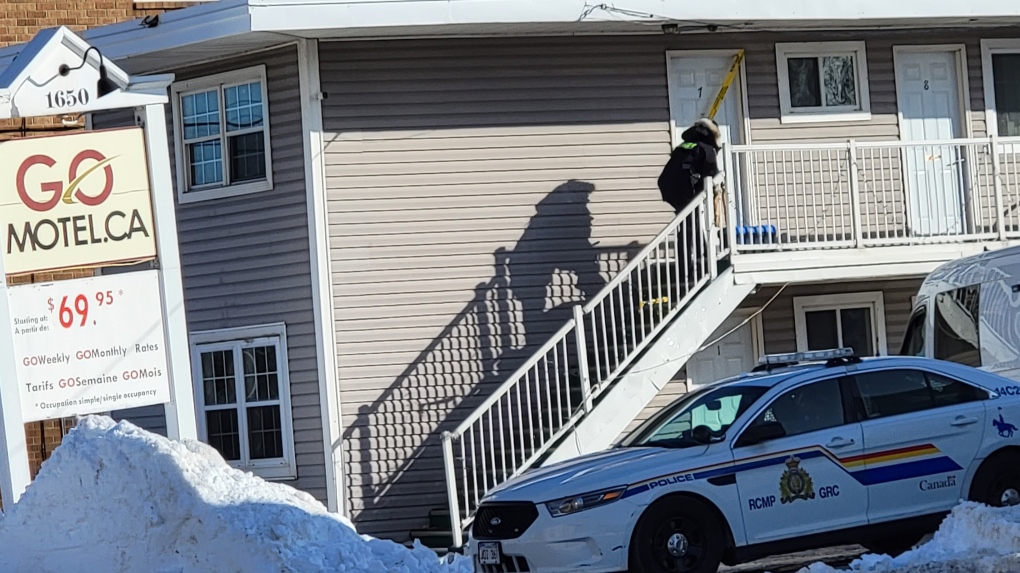 Just before 5 a.m., police responded to a report of a stabbing at the Go Motel located at 1650 Main Street. (Photo courtesy: Wade Perry)

RCMP in Moncton, N.B. are searching for a person of interest following a stabbing in the city on Monday.

Just before 5 a.m., police responded to a report of a stabbing at the Go Motel located at 1650 Main Street.

Police say a 40-year-old man was transported to hospital with stab wounds.

"As part of the ongoing investigation, police have identified a person of interest and are seeking the public's help to locate him," reads a release from RCMP.

Police describe the person of interest as a man with a thick French accent, who is approximately five-foot-five inches tall, with a scruffy beard. He was last seen wearing a brown jacket with yellow and green stripes.

Police believe the person of interest left the scene on foot with an injury to one of his hands.