Quick facts about the three Nova Scotia party leaders ahead of Aug. 17 election 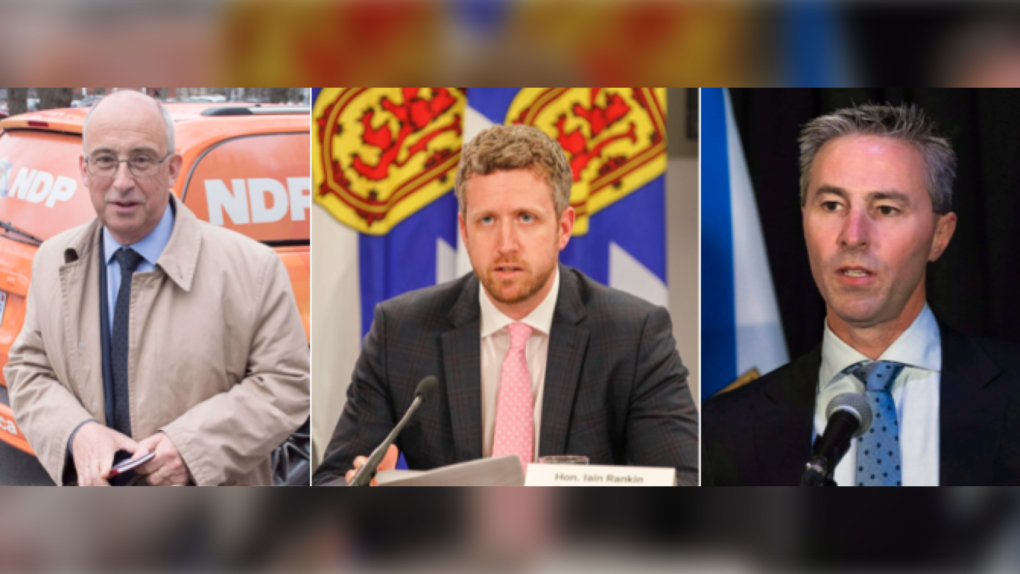 Here are a few quick facts about the three Nova Scotia party leaders ahead of the Aug. 17 provincial election.

At dissolution, the Liberals had 24 seats in the legislature while the Progressive Conservatives had 17 seats and the NDP five. There were two vacant seats and three Independents.

Iain Rankin, leader of the Liberal party of Nova Scotia:

Job before politics: Worked as a director of operations for a storage company in Ottawa, and as a project manager for Armco Capital after moving back to Nova Scotia in 2011.

Leadership history: Elected to the legislature in 2013, served as environment minister and later as minister of lands and forestry under former Liberal premier Stephen McNeil; became Liberal leader in 2021.

What to look for on the campaign trail: Rankin will stress the government's competency in handling the COVID-19 pandemic as the Liberals seek a third term in power but could be hampered by recent revelations of his past impaired driving charges.

Did you know: Rankin owns two dogs including a rescue animal, and supported a change this spring to allow dogs to accompany their owners to restaurant, bar and cafe patios.

Quote: "We're at the point now where we've crushed the third wave. We're looking forward to discussing ideas of what a future economy looks like."

Leadership history: Elected to the legislature in 2013; became Tory leader in 2018.

What to look for on the campaign trail: Houston will stress the need for leadership in helping the economy emerge from COVID-19.

Did you know: Moved to Bermuda in 1995 where he worked as a chartered accountant until 2007.

Quote: "We will get through COVID, but there are major challenges facing this province and also major opportunities that await us if we act properly."

Job before politics: Burrill is a United Church minister and has worked as a community organizer, a writer, and an editor.

What to look for on the campaign trail: Burrill will stress that there needs to be a solid plan for "what happens next" as the province reopens its economy.

Did you know: He has played piano and guitar at dances for years and two of his children are in the band Hillsburn.

Quote: "We have been through this intensely difficult period, and there are a number of things that need to happen next, and the election is going to be about whether we're going to have a government that is going to see to it that they happen."

This report by The Canadian Press was first published July 17, 2021.

Leaders from across the political spectrum came together Saturday to pay tribute to a long-serving British lawmaker who was stabbed to death in what police have described as a terrorist incident.

A NASA spacecraft named Lucy rocketed into the sky with diamonds Saturday on a 12-year quest to explore eight asteroids.

Government bracing for surge in passport renewals after border announcement

The government is bracing itself for a surge in passport renewals and other services after news that the Canada - U.S. land border will re-open in November

Quebec is slated to lose one seat in the next redrawing of federal ridings in Canada going from 78 to 77 seats.