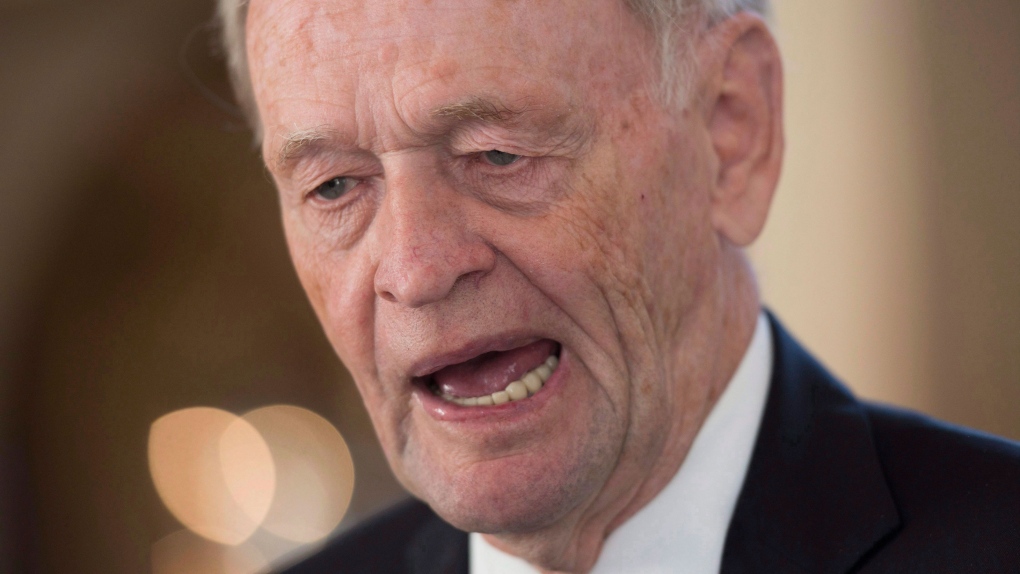 HALIFAX -- A retired union spokesman has been told Nova Scotia's Lobbyists Registration Act doesn't include ways to actually deal with complaints, after he filed one about a meeting last month between Premier Stephen McNeil and former prime minister Jean Chretien.

John McCracken filed the complaint saying he believes there was lobbying done by Chretien, who is an adviser for the group that promotes the Port of Sydney.

Chretien is not registered as a lobbyist in Nova Scotia, and McNeil has repeatedly denied that any lobbying took place during the hour-long meeting, held March 21 at Chretien's request in the premier's office.

"It's kind of disheartening as a citizen," said McCracken, who received a letter from the registrar responsible for the Act, Hayley Clarke, dated March 29.

In the letter Clarke said the Act "does not contain a complaint or investigation procedure."

She said she has the power to review the complaint and to send a letter to the "alleged unregistered lobbyist outlining the definition of lobbying" and advising them of registration requirements.

"When a letter is sent to the alleged unregistered lobbyist, we ask that they review their activities to ensure compliance and provide a response advising as to the results of their review within 30 days," Clarke wrote.

The law does stipulate a fine of not more than $25,000 for anyone who lobbies without registering first.

McCracken, who used to work for CUPE Atlantic, said the response makes one thing clear.

"The Act has no teeth," he said. "It's a bit of a joke really. It (the response) leaves a really bad taste in people's mouths and it leads to cynicism which is my main beef about these things."

McNeil said he believes the registrar has the power she needs under the Act as currently constituted.

"The Act is basically a registry and what it says is if you believe that someone is doing something illegal in the province you send them to the appropriate authorities," he said.

Service Nova Scotia Minister Geoff MacLellan, who is responsible for the lobbyist registry, has said questions also raised by the opposition parties over lobbying have convinced him the law needs a review.

"It really is antiquated so we do have to have a re-visit to see what we can do better," MacLellan said Wednesday.

McCracken wasn't specific about what he'll do next.