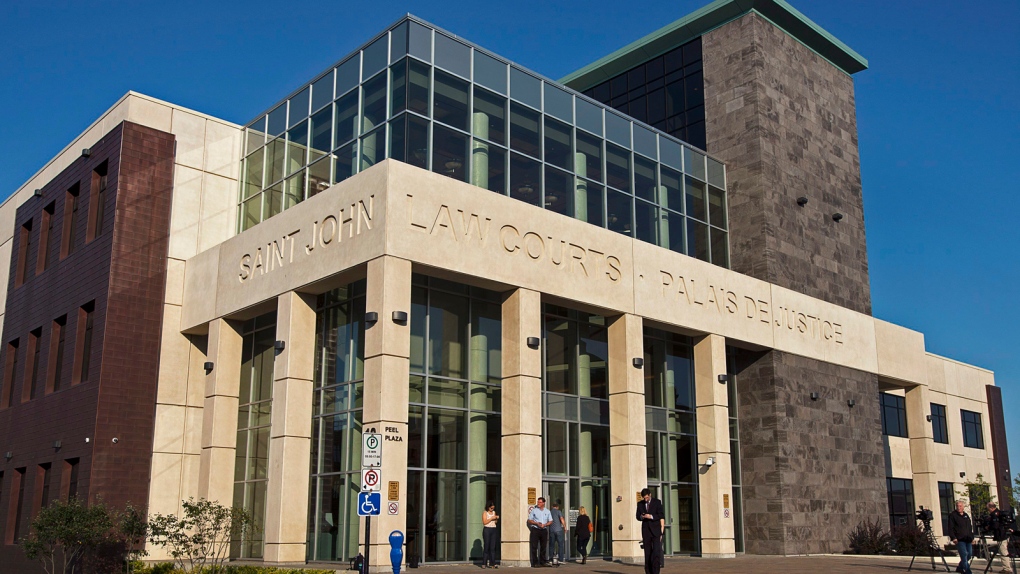 The Law Courts, venue for the Dennis Oland trial, is seen in Saint John, N.B. on Wednesday, Sept. 16, 2015. (Andrew Vaughan / THE CANADIAN PRESS)

SAINT JOHN, N.B. -- A Saint John, N.B., courthouse has done away with Courtroom 13 after complaints that it felt unlucky.

Officials quickly took down the sign, but it was still known as Courtroom 13 on dockets and other official documents.

Now, though, a new sign has gone up declaring it Courtroom 14.

"People only come here once or twice in their lives, so we're hoping to make it easier. We didn't do any investigation or analysis to see how many people it impacted. It was an easy fix," said Higgins.

"I'm not a superstitious person by nature, but if there's anything you can do to remove these distractions..."

Higgins said going to court is very stressful for people, and officials have addressed multiple concerns since the courthouse opened, including issues with sightlines, noisy keyboards or overwhelming sun.

It cost less than $100 to replace the sign, Higgins said. All other references to the Court of Queens Bench courtroom's number are online and easy to change.

"Right from the beginning we were working the kinks out," he said. "I'm sure the engineers who put it together didn't give (the courtroom's unlucky number) much thought."

The Telegraph-Journal newspaper noted the Moncton courthouse still has a Courtroom 13, but Higgins said he's warned court officials in Fredericton to take note of the Saint John experience as they build a new courthouse there.

Higgins said there were never any specific complaints about Courtroom 13, other than that it gave some people a bad vibe.

That wasn't the case for superstitious users and staff of the city's old courthouse, built in the 1820s, which was taken out of use when the new one was built. It housed a gallows, and there were those who believe the building was haunted, Higgins said.

"People would find doors open and chairs moved overnight, in rooms that were supposedly not accessible overnight," said Higgins. "Who knows? It could have been the cleaning staff."

-- By Rob Roberts in Halifax