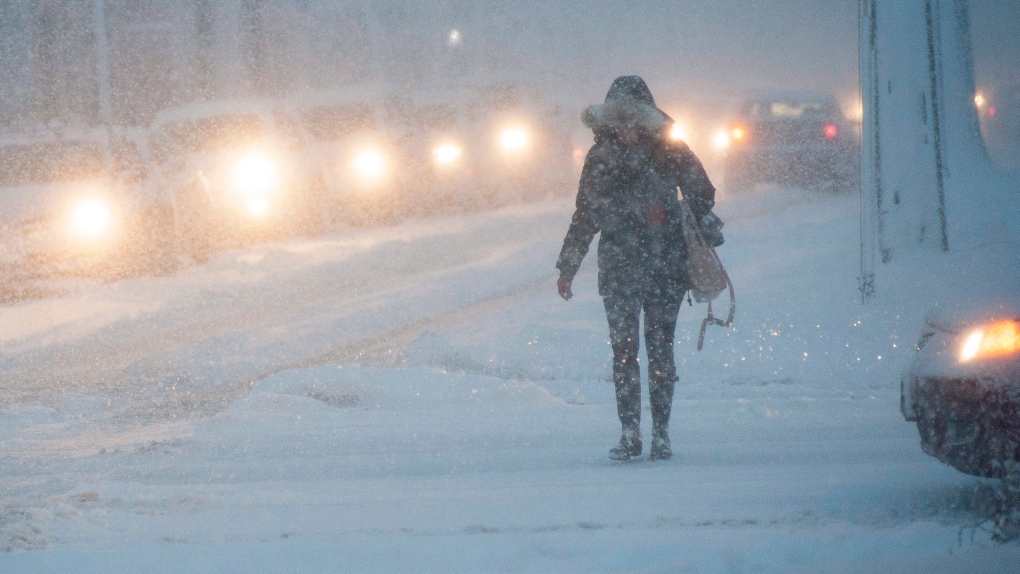 A pedestrian and traffic moves slowly through the snow in Fredericton on Tuesday, December 15, 2015. (THE CANADIAN PRESS/Stephen MacGillivray)

HALIFAX -- A fall storm is headed for the Maritimes.

Environment Canada says parts of New Brunswick can expect up to 20 centimetres of snow between late Thursday and into Friday, with significant accumulations in the southern half of the province.

Rain, snow and strong winds are expected for the northern half of the province and much of Nova Scotia and Prince Edward Island.

The storm is expected to dump 15 to 30 millimetres of rain on the region Thursday, followed by snow later on Friday -- though accumulations will be less outside southern New Brunswick.

About 5 to 10 centimetres of snow is expected in northern Nova Scotia, the Annapolis Valley and Cape Breton.

As well, there is a possibility of higher-than-normal water levels as well as large waves along the coastlines where winds blow onshore.