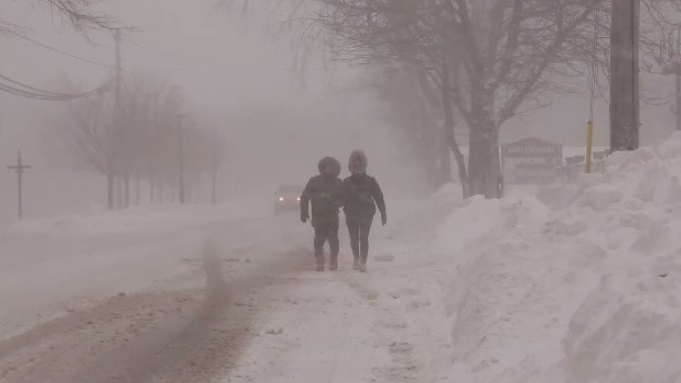 HALIFAX -- On Sunday, a Colorado low is forecast to reach the southwest of Nova Scotia before moving northeast along the Atlantic coastline and into southern Newfoundland. A fair bit of snow is expected for much of the Maritimes, along with some high winds.

The snow begins in southwestern New Brunswick and Nova Scotia just after midnight Saturday into Sunday. Snow will fall across the region Sunday morning through evening before easing to flurries Sunday night. 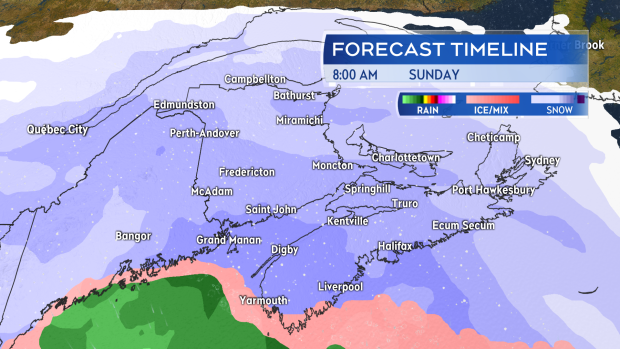 Snow develops through Sunday morning for much of the Maritimes. 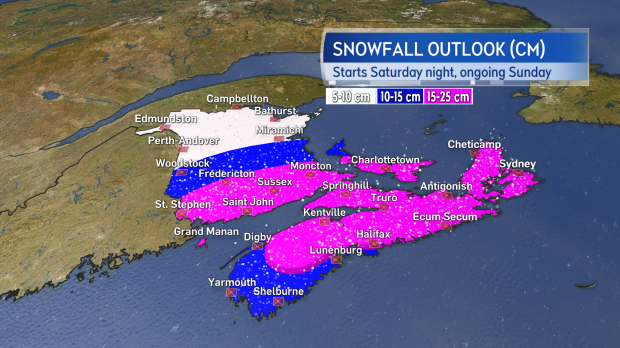 15 to 25 cm looks likely in the heaviest snow. Amounts taper lower for the South Shore of Nova Scotia and northern areas of New Brunswick.

East and southeast winds will increase through the day on Sunday, peaking with gusts of 50 to 80 km/h for Nova Scotia, 40 to 70 km/h for P.E.I., and 30 to 50 km/h for New Brunswick by afternoon and evening. The wind will turn to the northwest Sunday night and diminish into Monday morning. The wind will combine with the snowfall to reduce visibility and create drifts. 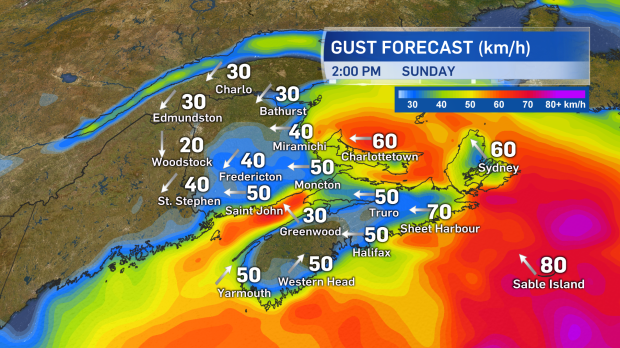 Increasing east and southeast winds will drive areas of blowing and drifting snow on Sunday.

Travel will likely be the biggest impact. There will be winter road conditions for a large area of the Maritimes on Sunday and services such as airports, ferries, and bridges should be monitored for disruption.

The system is still nearly 48 hours out in the forecast and there is time to see significant change to how much snow is expected for specific communities. It is highly recommended that you check in on your forecast again Saturday, no matter the source.

Any warnings posted for the system will be available at weather.gc.ca.