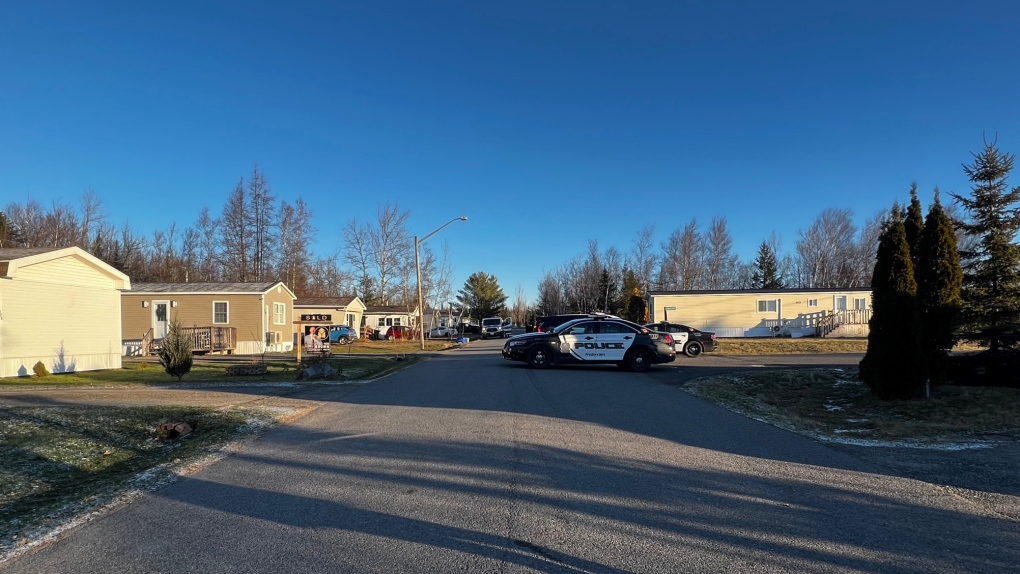 The New Brunswick RCMP and the Fredericton Police Force responded to a report of two shootings in the Hanwell Trailer Park around 4:30 a.m. on Dec. 2, 2022. (Alyson Samson/CTV Atlantic)

Two Fredericton men have been charged in connection with a shooting incident that prompted an Alert Ready message to be issued for the area.

Oromocto RCMP officers and members of the Fredericton Police Force responded to a report of gunshots fired on Leafwood Drive in the Hanwell Trailer Park around 4:30 a.m. on Dec. 2.

The incident resulted in two individuals being taken to hospital with what were believed to be non-life threatening injuries.

The RCMP said last week that other people believed to be involved in the shooting fled the scene in a vehicle.

An Alert Ready message was issued to the public in the Fredericton and Oromocto areas at 10:46 a.m, warning the public that individuals “known to be armed and dangerous” had been last seen in the Oromocto area driving a 2012 Honda Civic.

Residents were urged to stay inside their homes or evacuate the area while police contained a property on Elmdale Crescent where a suspect was believed to be inside.

An Emergency Response Team was also deployed to the scene and a tactical team surrounded the home until officers determined there was no one inside.

The RCMP said police located the vehicle in the Longs Creek area, off Highway 2, around 12:15 p.m, and arrested 22-year-old Blake Holt.

Later that day, Holt appeared in Fredericton provincial court, where he was charged with:

Holt returned to court Thursday and was taken into police custody. He is set to appear in court again on Jan. 30, 2023.

On Tuesday, a 41-year-old man was also arrested in Fredericton for his alleged involvement in the incident.

That same day, Jesse Joe appeared in Fredericton provincial court. He was charged with:

Joe returned to court Thursday where he was also taken into custody. His next court appearance is scheduled for Dec. 15.

In a Friday release, RCMP says the investigation is ongoing.

A chance discovery in a Canadian lab could help extend the life of laptop and phone batteries.