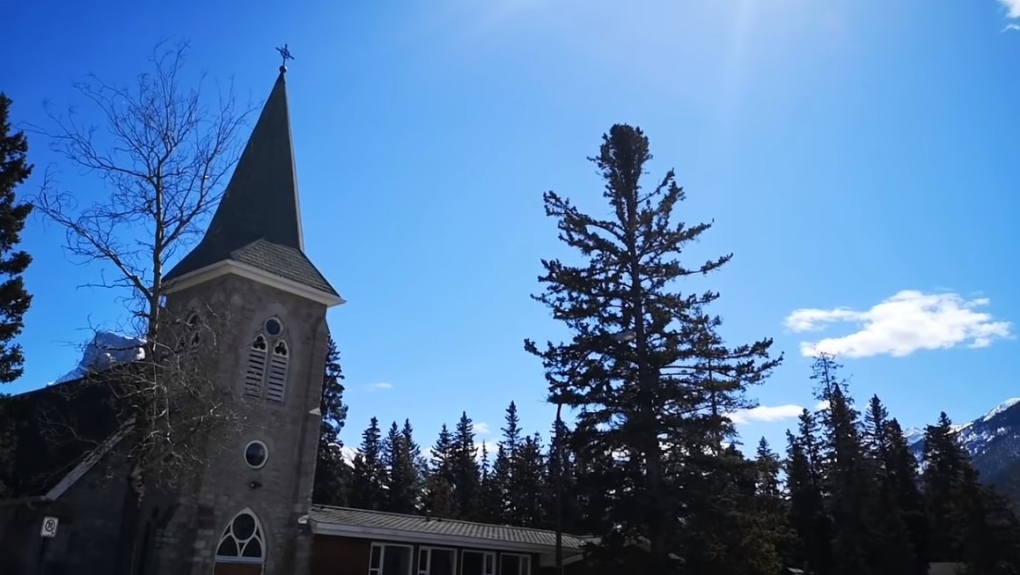 St. George-in-the-Pines Anglican Church is seen in Banff, Alta. in this image taken from YouTube.

HALIFAX -- The ringing of church bells has become a familiar sound in the small resort town of Banff, Alta. amid the COVID-19 pandemic.

But on Monday, the bells sounded a much different tune -- the beloved songs of Nova Scotia -- in tribute to the people who lost their lives in a mass killing in the province.

“I just felt like music has such a healing quality, so why wouldn’t I use the bells to reach out and say, we’re here for you and love you,” says Heather Jean Jordan, the music director at St. George-in-the-Pines Anglican Church.

“It gets you right to your core.”

Jordan has been using the bells to bring comfort to the town of Banff, which is essentially shut down during the COVID-19 pandemic.

“I ring the bells everyday at 1 p.m. … as a way to create connection in our community, to have that moment,” says the singer-songwriter.

“People open their windows and they come out and it’s a way we can be together.”

Her grandfather is from Glace Bay, N.S. and her mother spent half of her childhood in the Maritime province -- the other half was spent in Alberta.

Jordan comes from a musical family and Nova Scotia tunes hold a special place in her heart.

“We listened to a lot of Nova Scotia music growing up. The Rankins were on hard-core repeat at our house,” she says.

When she learned about the deadly rampage, she says it felt like “a punch in the stomach.”

“It is not an easy time right now. This was just so incomprehensible,” says Jordan. “In the morning, when the numbers just kept climbing … it’s unbearable.”

When a friend suggested she play “Farewell to Nova Scotia” on the bells as a tribute to the victims, she quickly compiled a list of songs from some of her favourite Nova Scotia artists.

“Amazingly, ‘Farewell to Nova Scotia’ fits on the bells,” she says.

Monday, at 1 p.m., following 18 tolls for 18 victims -- though that number grew to 22 victims on Tuesday -- the sounds of Nova Scotia filled the town.

Jordan’s friend filmed part of the musical medley from outside the church and posted it on YouTube. A video of Jordan playing the bells from within the tower is also online. Both videos have been making the rounds on social media, with close to 100,000 views between them.

“This morning when I looked, all of a sudden there were so many messages. It’s quite overwhelming. It seems to really touch people. The bells are quite powerful,” she says.

“Our hearts go out to everyone in Nova Scotia and all over the world who are connected to this."