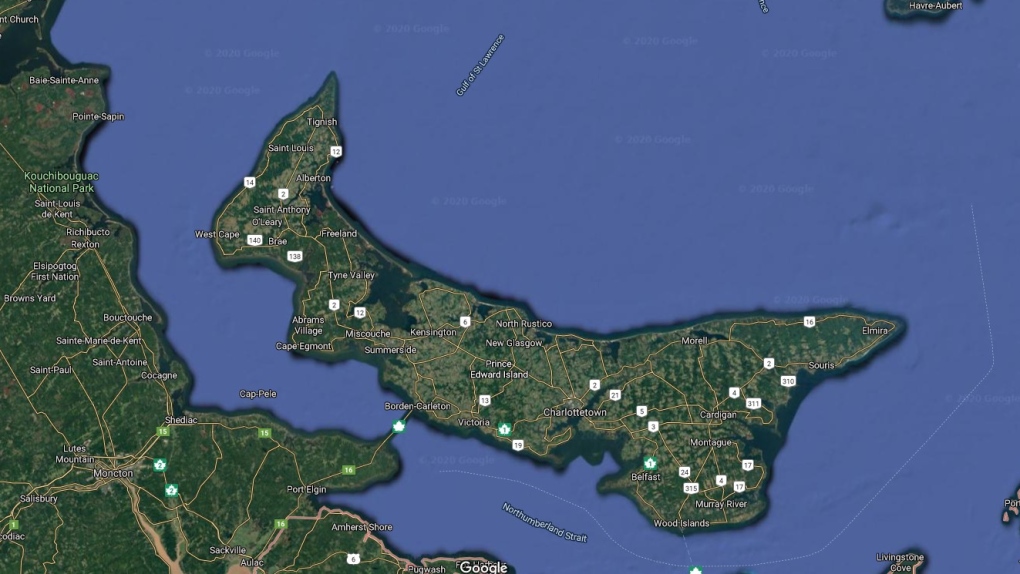 A map of Prince Edward Island is seen in this image taken from Google Maps. (Google Maps)

One woman is dead and another is in hospital following a two-vehicle collision in Hampton, P.E.I.

East Prince RCMP, firefighters and paramedics responded to the crash on Route 1 just after 8 a.m. Tuesday.

Police believe an eastbound car crossed the centerline and collided with a car in the westbound lane.

The driver of the eastbound car died at the scene from her injuries. The 28-year-old woman was from Queens County.

The driver of the westbound car, a 36-year-old woman from Queens County, was taken to the Queen Elizabeth Hospital with what are believed to be non-life threatening injuries.

The crash is under investigation, but police believe weather conditions may have been a factor.

“Heavy rain in the area at the time and road conditions were wet and it could be a possible contributing factor,” said RCMP Sgt. Chris Gunn.

The road was closed for several hours Tuesday but has since reopened.

Over 400,000 Maritimers still without power in Fiona's wake

Strong winds and heavy rainfall from Fiona have left over 400,000 Maritimers without power, as of midnight Sunday.