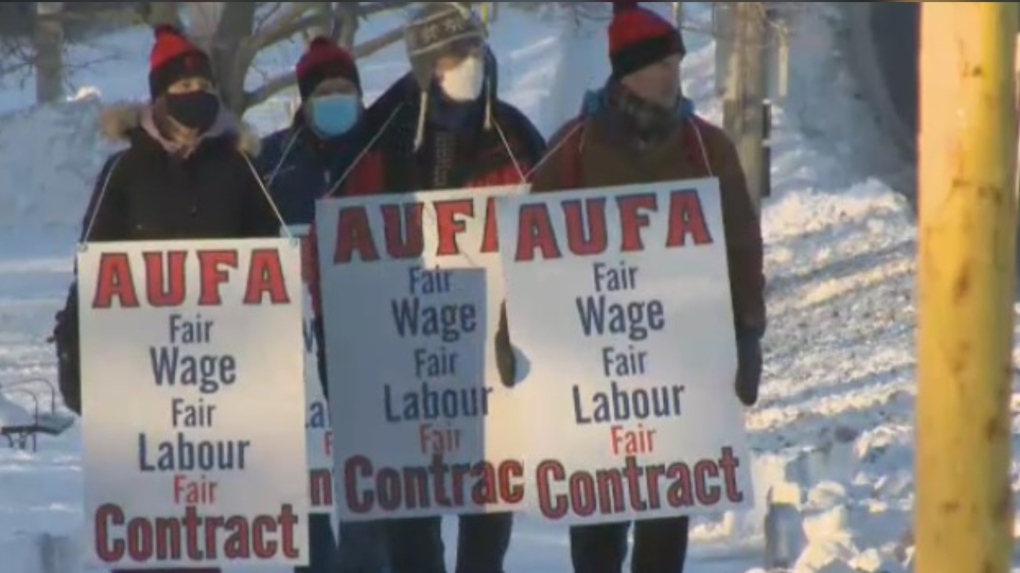 Students affected by a recent four-week faculty strike at Acadia University will receive a one-time payment from the school in Wolfville, N.S.

In a news release, the university says full-time domestic students studying at Acadia this term will receive $600, while full-time international students will receive $700. The payment will be applied to the student's Student Account.

"Throughout the course of the strike, students made it very clear that some form of financial compensation acknowledging the impacts of the strike was among their top priorities, in addition to the return to class and the provision of necessary academic accommodations,” says Megan Cyr, the vice-president academic and external for the Acadia Student Union (ASU).

“The ASU repeatedly brought these perspectives forward to administration during the strike, and following its conclusion, followed up with a number of researched and costed proposals for discussion and consideration.”

Although it is a rare move, this isn't the first time the Nova Scotia university has compensated students due to a strike.

In October 2007, the school provided a similar one-time payment following an 18-day faculty strike, which Acadia says “set a clear precedent for a similar acknowledgement in 2022.”

Georgie Saleski, the president of the ASU, said the union’s greatest priority was ensuring any savings incurred by the university during the strike were directly returned to students.

“We are still pleased to see that the full $2.1 million saved will be put back into student pockets, and though we know all students would have liked to see more money, it’s important to acknowledge that seeking funding from outside of these savings would have negative impacts on university operations as well as student services and supports," said Saleski.

The school says international students are receiving an additional $100 because they typically incur more expenses than domestic students.

"Although initial discussions would have allocated the same level of funding for both domestic and international students, the ASU’s proposals emphasized the need for international students to receive some level of additional top-up funding,  given that many of the expenses faced for Canadian students are significantly higher for those coming from out-of-province to study here,” says Fumiya Kanai, ASU's vice-president of finance and operations.

Acadia University students headed back to class for the first time March 3 following a four-week strike by the school’s faculty association.

About 350 members of Acadia’s faculty walked off the job Feb. 1 after negotiations between the university's administration and the Acadia University Faculty Association failed to reach a new collective agreement.

Classes at the university were cancelled when the strike began.

At the end of February, the Nova Scotia government appointed mediator William Kaplan to help settle the labour dispute.

Following three days of talks and no agreement, Acadia and its faculty association agreed to send all outstanding issues to arbitration under Kaplan, whose decision was final and binding, putting an end to the strike.

Acadia said students would still be able to complete the term and earn the course credits they had been working towards.

A mother from Mathias Colomb Cree Nation in Northern Manitoba is sharing her and her family’s experience at the isolated community’s nursing station, claiming their concerns about their daughter’s breathing were not listened to until the situation became critical.

An Ontario boy with terminal cancer wanted to see monsters. 1,000 strangers made it happen

A five-year-old Hamilton boy battling brain cancer had one request: he wanted to see monsters. Earlier this month, 1,000 strangers made his wish come true.