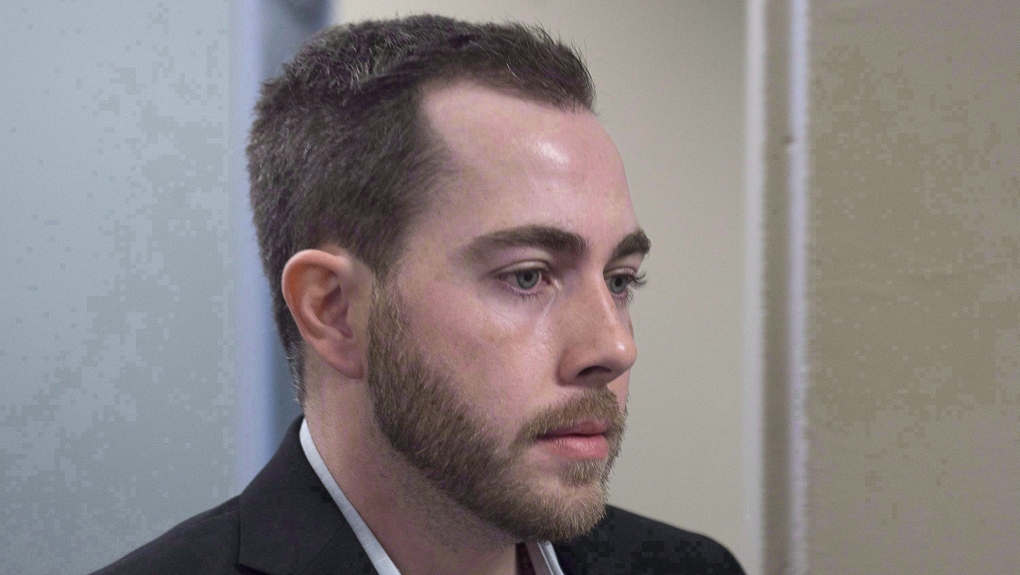 HALIFAX -- A Halifax man who strangled an off-duty police officer and used a compost bin to dispose of her body is appealing his sentence, calling it "manifestly excessive."

Christopher Garnier was convicted in December of second-degree murder and interfering with a dead body in the death of 36-year-old Catherine Campbell.

The conviction carries an automatic life sentence, but a Nova Scotia Supreme Court justice ruled last month that Garnier would be able to apply for parole after serving 13 and a half years -- less 699 days for time served.

"The sentencing judge failed to properly take into account the circumstances of the appellant and over-emphasized the aggravating factor of the improper interference with a human body in determining parole ineligibility," the document said.

"Such other grounds of appeal... may be revealed after a review of the transcript evidence."

The document, signed by Garnier, also said: "I desire to present my case and argument in person."

"At the conclusion of the appeal the appellant will request a reduction in sentence," it said.

Garnier, 30, had earlier appealed his conviction, in part because he says police interview tactics elicited a false confession.

Meanwhile, outrage has been building over Veterans Affairs Canada's decision to pay for treatment for Garnier's PTSD -- a mental illness his lawyer had argued was brought on by the murder.

At a court hearing last month, a Crown lawyer confirmed Garnier was being seen by a private psychologist, and that Veterans Affairs was covering the cost because his father is a veteran who has also been diagnosed with PTSD.

Veterans Affairs says relatives of veterans are eligible to apply for PTSD treatment, and Minister Seamus O'Regan has said he would be "looking into how and why this decision was made."

In handing down his sentencing decision on Aug. 14, Arnold noted that Garnier and Campbell met for the first time at a downtown Halifax bar, and hours later she was dead in a north end apartment.

"On Sept. 11, 2015, as shown on the surveillance video from the (Halifax Alehouse), Catherine Campbell was expecting romance and affection on the evening she was murdered. She was vulnerable," he said.

"For reasons unknown, Mr. Garnier punched her in the face, broke her nose, strangled her to death, and then, in an effort to hide his crime, treated her remains like garbage."

The judge also detailed how Garnier attempted to cover up the murder.

"After she was strangled to death, Mr. Garnier put Ms. Campbell's body in a green bin. He put garbage bags on top of her body, and in the green bin, to hide her body. He then wheeled her throughout the north end of Halifax, dropped her down a small cliff, dragged her through brush, and eventually put a large box used to house feral cats on top of Ms. Campbell's remains."

Arnold noted that Dr. Matthew Bowes, Nova Scotia's chief medical examiner, had told the jury it would take between two and six minutes to cause death by strangulation.

During his trial, Garnier repeatedly told the jury he did not remember using the large green compost bin to dispose of the body near a harbour bridge, where it stayed undetected for nearly five days.

Garnier had also argued that Campbell died accidentally during rough sex that she initiated.