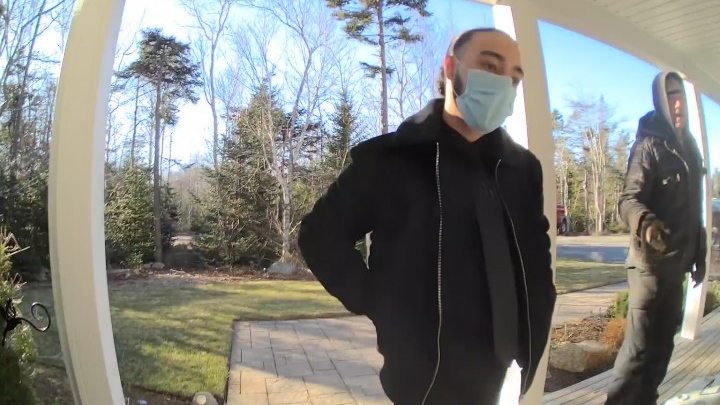 The "bail bondsman" the RCMP says is part of a scheme targeting seniors. (Source: RCMP)

Police in the Halifax area are trying to identify a fake bail bondsman who is allegedly part of a plot to steal money from seniors.

As part of the scheme, people are called by a fraudster pretending to be a relative who says they’ve been arrested and need bail money.

According to the RCMP, the call is normally then taken over by a person pretending to be a lawyer or police officer, who tells the person to give the money.

A fake bail bondsman is then sent to the person’s home to collect the cash.

The force is releasing images of the “bail bondsman” and the car he drove, which might be a 2019 Toyota Corolla. 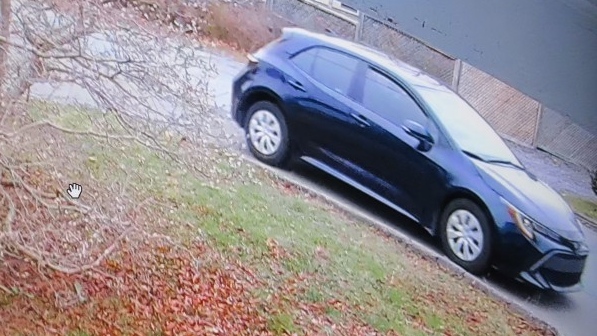 The vehicle RCMP says was used as part of the scheme. (Source: RCMP)

Police say authorities in Canada don’t solicit the release of someone for money and don’t go door-to-door looking for cash.

They say the following tips should be kept in mind to avoid being scammed:

The RCMP says anyone who thinks they could be a victim, knows someone who could be a victim, or has information on these incidents, is asked to contact police at 902-490-5020. The scams can also be reported to the Canadian Anti-Fraud Centre at 1-888-495-8501.

Newly discovered asteroid makes one of the closest approaches of Earth

An asteroid the size of a box truck made one of the closest passes of planet Earth ever recorded.

The federal privacy watchdog says Home Depot shared details from electronic receipts with Meta, which operates the Facebook social media platform, without the knowledge or consent of customers.

Canadians worried about the state of provincial health systems: poll

A new survey suggests the vast majority of Canadians have concerns about the state of the health-care system, particularly in Atlantic provinces where hospitals have struggled to maintain emergency services for months. Leger and The Association for Canadian Studies surveyed 1,554 Canadian adults over a two-day period in January.

Retain nurses before recruiting nurses from other provinces: association

Efforts to lure nurses from other provinces are underway in several parts of the country, but the head of a national nurses association says the poaching won't solve anything unless working conditions are improved.

Auschwitz-Birkenau survivors and other mourners commemorated the 78th anniversary Friday of the liberation of the Nazi German death camp, some expressing horror that war has again shattered peace in Europe and the lesson of Never Again is being forgotten.

Canada sends four combat-ready battle tanks to Ukraine, a Russian warship armed with advanced missiles sails into western Atlantic, and Canadians fighting in Ukraine speak out. Here's what you need to know to start your day.