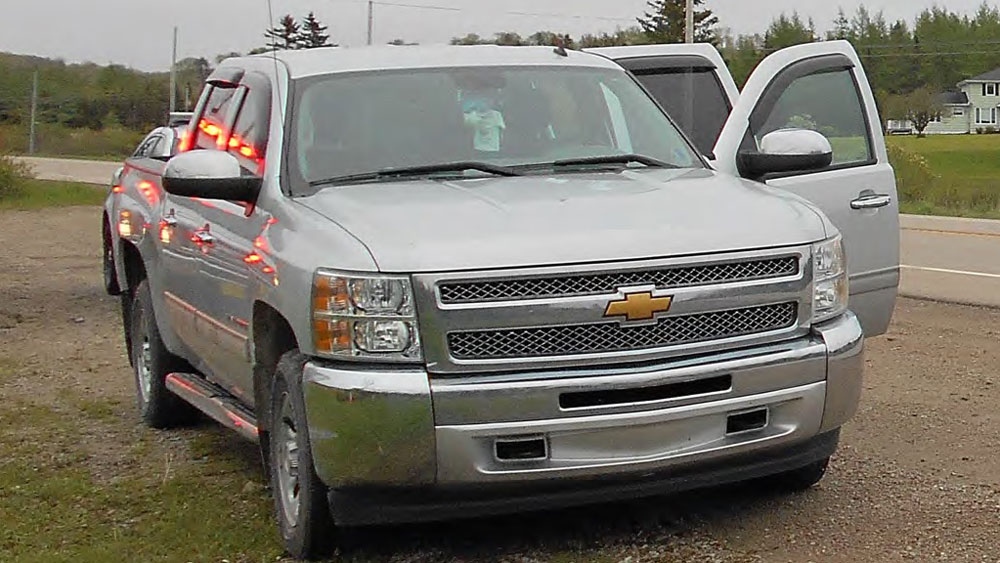 A man was found seriously injured inside this truck in Glendale, N.S. in June 2016. (Nova Scotia RCMP)

HALIFAX -- A fourth person is now facing charges after a man was found badly injured in a pickup truck in Cape Breton in June 2016.

Police say the man inside had sustained serious injuries and was airlifted to hospital in critical condition.

Police later determined that the man had actually been assaulted inside an outlaw motorcycle gang clubhouse in New Glasgow, N.S., and then driven to Cape Breton in the pickup truck, where he was left.

Three men were arrested and charged in connection with the incident in November 2018.

David James Bishop is facing charges of aggravated assault, forcible confinement, conspiracy to commit an indictable offence, and accessory after the fact.

The 37-year-old man appeared in Pictou provincial court on Thursday. He was remanded into custody and is due back in court on Nov. 12.