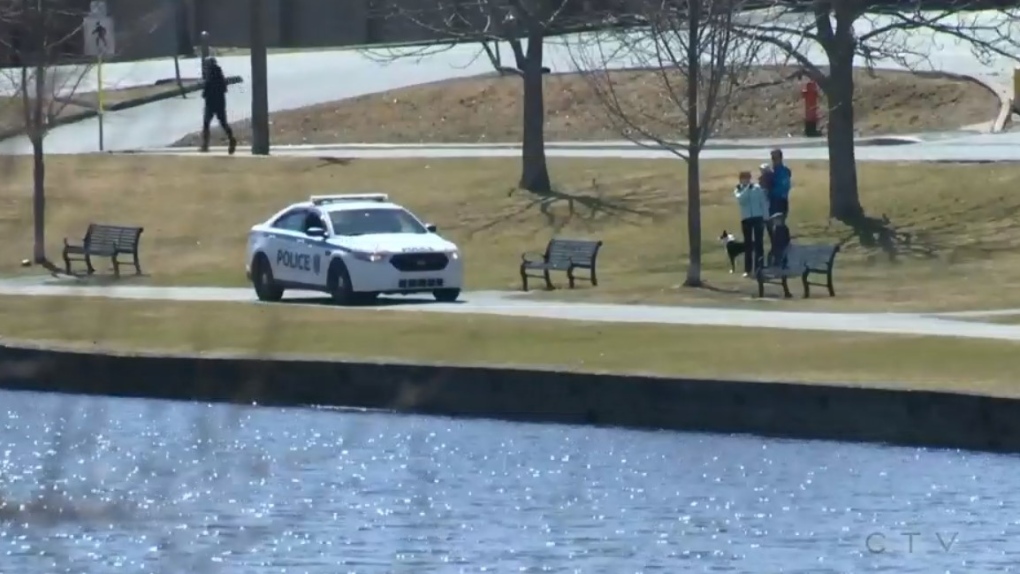 A Halifax Regional Police cruiser is in seen in a Halifax-area park on April 5, 2020.

Police didn't release details about the violations, but they say most of the tickets were issued to people who were in prohibited areas under the Emergency Management Act.

Halifax Regional Police say they have responded to a total of 698 calls and handed out 47 tickets related to COVID-19 since the state of emergency was declared.

Under the state of emergency, the province says police can enforce orders under the Health Protection Act, which include practising physical-distancing and self-isolation.

People who violate orders under the Health Protection Act could face fines of $1,000 while businesses can be fined $7,500. Multiple fines can be given in one day.

Halifax Regional Police previously issued tickets to a man who wasn’t practising physical-distance at a bus stop, a man who went to Shubie Park, and a woman who visited Point Pleasant Park.