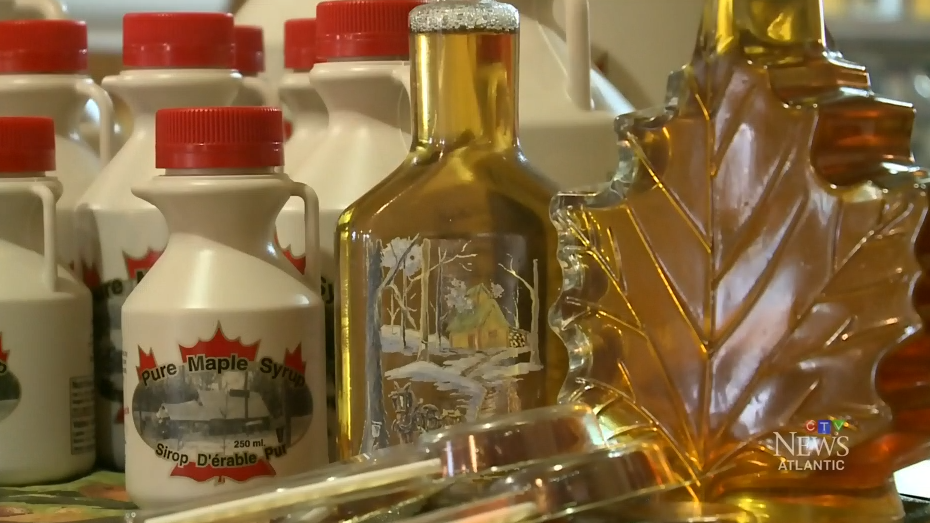 FREDERICTON -- When it comes to maple syrup production in Canada, Quebec dominates, but a claim by Ontario of being second has left a sour taste in the mouths of some producers in New Brunswick.

A new television commercial meant for the Ontario market says that province is second in production, but the claim is disputed by New Brunswick.

Louise Poitras, executive director of the New Brunswick Maple Syrup Association, says Ontario was only second in 2018 -- when New Brunswick had a bad year -- and otherwise her province has outproduced Ontario every year since 2012.

"It was the only year in the last seven years that new Brunswick wasn't ranked second," Poitras said.

According to Statistics Canada, Quebec produces more than 90 per cent of maple syrup in Canada. New Brunswick has been in second place since 2008, with the exception of 2009, 2011 and 2018, when that position was held by Ontario.

Ray Bonenberg of the Ontario Maple Syrup Producers' Association said the commercial was produced late last year when the 2018 figures were still the most recent, and there was no intent to deceive.

"We said to the New Brunswick folks, 'Sorry that you feel annoyed but it's not inaccurate.' We didn't do this on purpose," he said.

"We're not in a competition with any other province or the United States, because we work together. It doesn't matter to us where we rank. The big thing for us is quality and making sure we can market our syrup," Bonenberg said.

He said the main emphasis by producers is on marketing "Canadian" maple syrup.

"I told Louise, 'Tell your producers to sharpen up their drills and we'll see what happens in 2020,' and we laughed," he said.

Of the maple syrup consumed in Ontario, only about 50 per cent is produced domestically in the province.

Poitras said unlike Ontario, New Brunswick exports much of its maple syrup, so every tool -- including its production ranking -- is important.

"We sell a lot of our maple syrup to Quebec, Germany, France and Australia. We are taking advantage of that second rank," she said.

Poitras said New Brunswick is looking to grow its export markets, and additional Crown land made available in 2015 is expected to allow the industry to grow in each of the next 10 years.

Bonenberg said the television ad will air for another two weeks and then be updated. In the meantime, they'll use the internet to set the record straight.

"We're going to post on social media about the back-and-forth between Ontario and New Brunswick and encourage everyone to get out and buy maple syrup. We are both looking forward to a banner year," he said.

Bonenberg joked that Ontario producers have a right to be upset with their colleagues from New Brunswick.

"You have all the lobster!" he said.

This report by The Canadian Press was first published March 5, 2020.