N.S. man found not responsible in murders of mother, grandparents 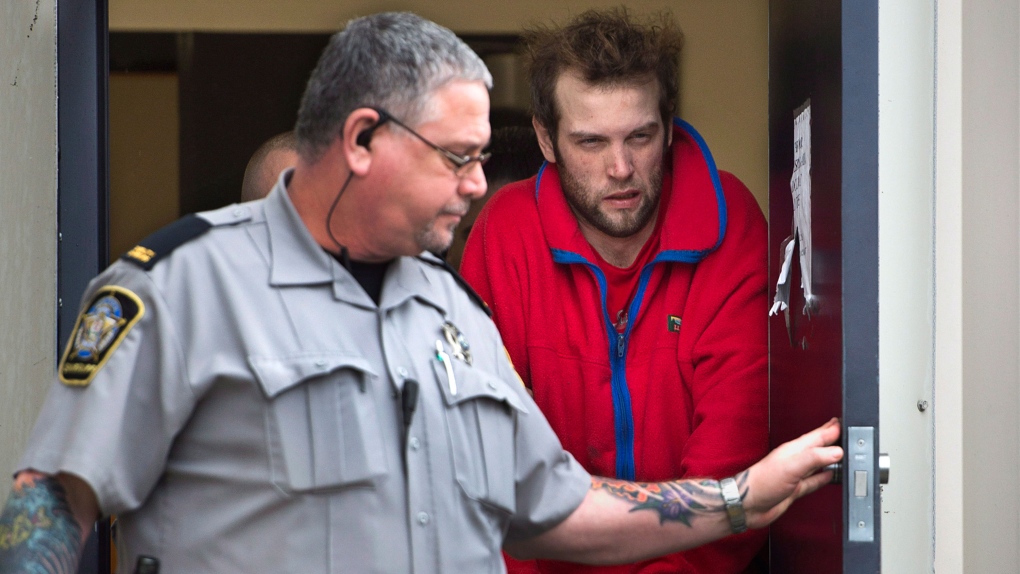 HALIFAX -- A mentally ill man who killed his mother and two grandparents was found not criminally responsible for the murders by a Nova Scotia Supreme Court judge.

Codey Reginald Hennigar, 32, was arrested in January 2015 after the bodies of his 54-year-old mother, Mildred Ann Ward, and her parents, Clifford and Ida Ward, were found following a fire inside his home in Wyses Corner, N.S.

On Tuesday, Judge Patrick Murray agreed with the defence and Crown that Hennigar, who had previously admitted to the killings, was not responsible for his actions because of his schizophrenia.

Hennigar was tried on three counts of second-degree murder.

"It's a case of unspeakable tragedy," said Crown attorney Mark Heerema in an interview following the court proceeding.

"There was a large contingent of family and friends of the victims in court today," he said. "Understandably it was a very difficult proceeding for them and a difficult day for them -- this affected a great deal of lives."

Heerema said the victims died of a combination of blunt-force injuries to the head and smoke inhalation.

"Mr. Hennigar made a series of agreements at his trial as well as admissions that he killed his family members and ... after the individuals were killed Mr. Hennigar set the house on fire," he said.

Heerema said at least one of the victims was still alive when the fire was set.

Police discovered the bodies inside the burned out remains of the home in a rural, wooded area about 25 kilometres northeast of Halifax's airport.

Hennigar was arrested after he rammed two RCMP vehicles with a car in the Milford area, about a half-hour drive from the scene of the blaze.

Heerema said the Crown was confident the verdict was the result of a "very thorough canvassing and consideration of the issues."

"It's a case where three psychiatrists with a combined experience of over 70 years felt very strongly that this was the appropriate verdict. And after reviewing the law, Justice Murray certainly agreed with that opinion."

Defence lawyer Malcolm Jeffcock said Hennigar's medical records leading up to the incident as well as the observations of witnesses about his condition in the months and years prior were also a factor.

"He had been an individual who had shown a classic progression of the illness without treatment," said Jeffcock.

He said the judge's decision derives from a system of justice that since 1843 has recognized that a person who fails to appreciate the "nature and quality of their action" due to a mental disorder should not be convicted of an offence.

"It happens fairly infrequently but unfortunately sometimes the cases that catch people's attention are the cases that involve something that is truly tragic, such as this case," said Jeffcock.

"There's no doubt that it's a significant impact on every member of that family including the accused, who now that he is not in such a psychotic state has to live with the reality of what he has done."

The judge ordered Hennigar to be held at the East Coast Forensic Hospital in Dartmouth, N.S.

A criminal code review board will eventually determine if and when he can be released.