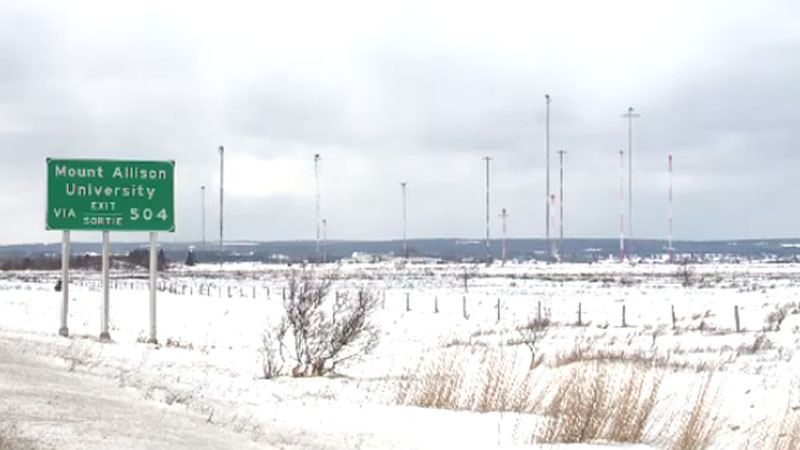 The skyline at the border between Nova Scotia and New Brunswick is losing some of its height.

The international radio transmission towers that have been a fixture on the Tantramar Marsh for decades are being demolished – a lost landmark to people who live in the area.

“When they’re gone, there will be a blank spot on our marsh,” says Sackville Mayor Robert Berry.

“I know when I come from either direction, especially from the Nova Scotia side and over the hill, and I see them I’m saying ‘I’m home.’”

Radio Canada International erected the towers in Sackville during the Second World War due to the location, which is far enough from the earth’s magnetic pole and a former salt marsh, which means nothing interferes with the signal.

Service ended in October 12 and offers to buy the towers were sent out, but none were received.

“The little transmitter huts are gone. The antennas that stretch from tower top to tower top have all been removed,” says Sackville resident Allan Smith. “Now, they’ll systematically take down the towers.”

Some of the towers have been at the site since the late 1930s but recent budget cuts and a shift toward the internet have made the towers and shortwave transmission technology unsustainable.

“It’s an old, old technology in radio, and it’s not really used very much anymore,” says Smith. “But still, in places like the Canadian north and Africa, there are still people that use shortwave systems.”

The teardown is expected to take a few months.