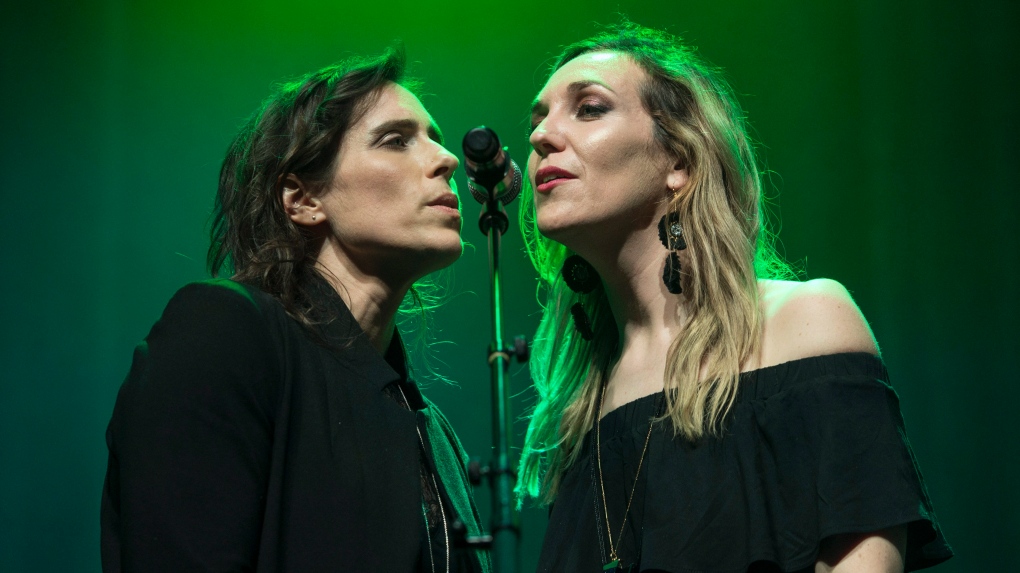 Rose Cousins, left, and KINLEY sing backup vocals for The East Pointers performance at the 2018 East Coast Music Awards gala in Halifax on Thursday, May 3, 2018. (THE CANADIAN PRESS/Darren Calabrese)

Tourism and Culture Minister Christopher Mitchelmore made the announcement in the House of Assembly Wednesday afternoon, touting the province's "immense" local talents that nabbed 20 nominations at this year's awards.

The province last hosted the awards in 2015.

The 2018 awards were held in Halifax this spring.

Founded almost 30 years ago, the East Coast Music Association is a regional collaboration of people in the music industry to foster, develop and celebrate Atlantic Canada's music and artists.