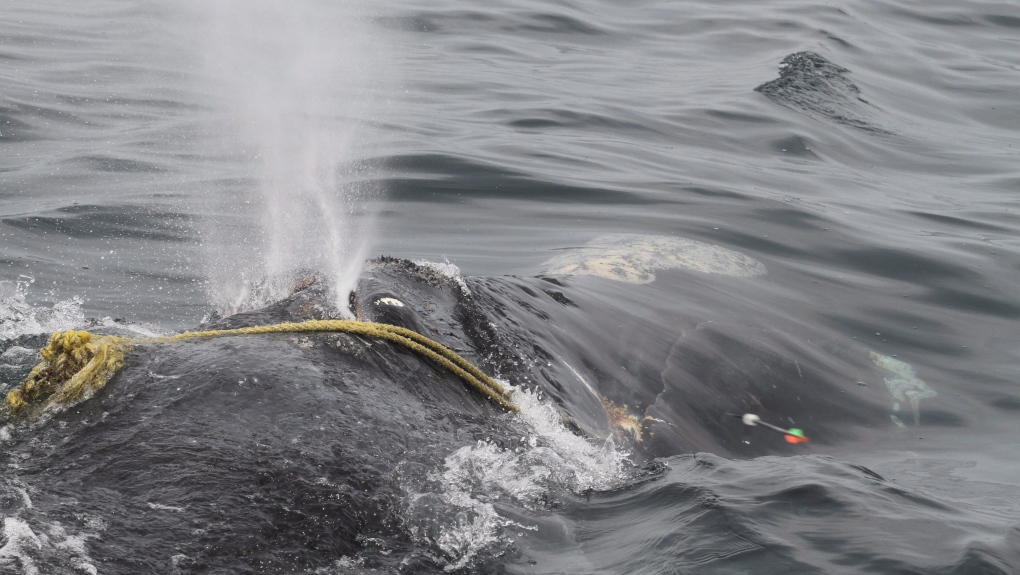 A North Atlantic right whale tangled in fishing rope is shown in a handout photo. Multiple areas are closed to fishing in the Gulf of St. Lawrence in an attempt to protect the endangered species (FILE/THE CANADIAN PRESS/HO-Center for Coastal Studies)

After six North Atlantic right whales were found dead last month, three more have been discovered – alive, but entangled in rope in the Gulf of St. Lawrence.

The department of fisheries and oceans says the first was spotted Saturday east of Miscou Island in northeast New Brunswick.

Thursday, they discovered two more -- one east of Miscou Island and the other east of the Gaspe peninsula. It's believed the third first became entangled in April in U.S. waters.

All three were spotted in areas already closed to fishing. DFO says it's considering its options for disentangling the whales, but says it can be a dangerous operation for both crew members and the endangered mammals.

There are only about 400 North Atlantic right whales left in the world.