By Michael Tutton and Cassandra Szklarski 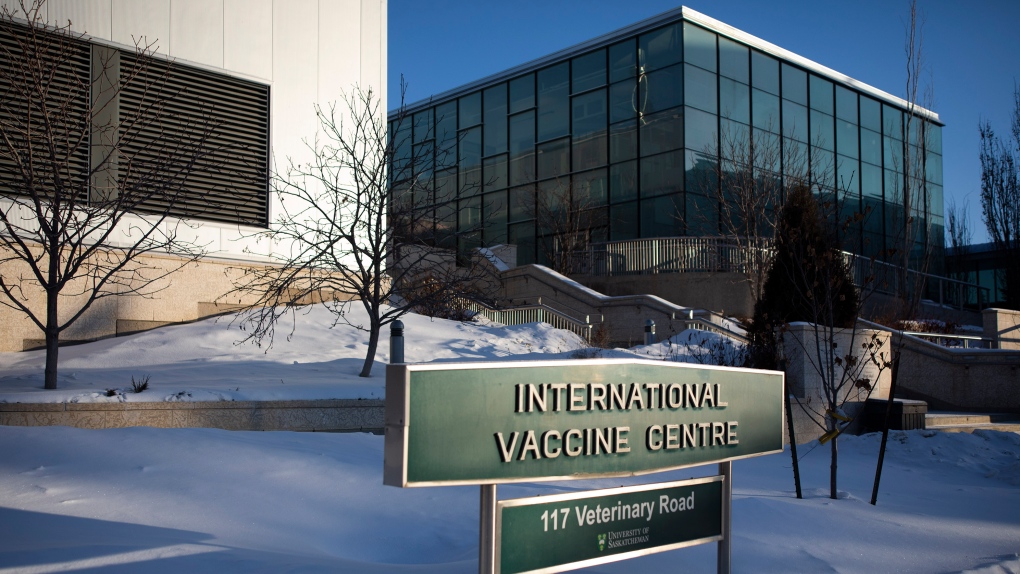 The Vaccine and infectious Disease Organization, a possible home for a Canadian-produced vaccine for COVID-19, is shown at the University of Saskatchewan in Saskatoon, Sask. on Friday, February 5, 2021. THE CANADIAN PRESS/Kayle Neis

HALIFAX -- Clinical trials have begun for another Canadian-made COVID-19 vaccine candidate, with three people receiving an initial dose on Wednesday.

The Canadian Center for Vaccinology says the first of 108 healthy adult volunteers received injections in Halifax. The placebo-controlled study will administer two doses to each volunteer, 28 days apart.

"It's a product of Canadian science, so it bodes well for the ability to make vaccines here. We all want to have vaccine manufacturing capacity in Canada," said Dr. Joanne Langley, a vaccine researcher with the centre.

She said that the pace of testing is careful, as different age groups, from younger to older, receive varying doses in a process that will unfold over the next two months.

Dubbed COVAC-2, the vaccine hopeful was developed by the Vaccine and Infectious Disease Organization, or VIDO, at the University of Saskatchewan in Saskatoon.

It's the first of two subunit vaccines by VIDO to enter clinical testing. Subunit vaccines contain purified viral proteins that are not infectious, and employ technology already used in vaccines for hepatitis, diphtheria, and whooping cough.

Darryl Falzarano, a vaccine researcher at VIDO, said he's hoping that his institute's promising tests on ferrets and hamsters will translate into safe and effective results in the human testing phase.

"Safety is the primary indicator (in the first phase) but you will also be looking at immune response," he said.

Langley said the testing in the first phase is to determine safety to humans, and the participants will keep a diary that measure any pain or redness of the arm. The trial will also measure antibody responses, she said.

The next step would be to do trials at multiple sites around the country.

It is only in Phase 3 that the vaccine is compared against a placebo or another vaccine to see how well it protects against COVID-19, said Langley.

She said the entire vaccine testing process, if all went well, could take about nine months, adding that is a "very wishful, optimistic scenario."

VIDO has said in a news release the product doesn't need ultra-cold storage temperatures like syntheticΓÇ»messenger RNAΓÇ»or mRNA products. The two Health Canada-approved vaccines by Moderna and Pfizer-BioNTech each require special distribution and storage procedures that have complicated their rollout.

It follows the launch last month of clinical trials for a prospective vaccine by Calgary's Providence Therapeutics, and last year's launch of trials for a vaccine hopeful by Quebec City's Medicago.

VIDO's vaccine antigen -- a molecule that triggers an immune response -- was produced at Quebec-based Biodextris using a cell line from the National Research Council of Canada.

Development help also came from partners around the world, including Seppic in France and the Vaccine Formulation Institute in Switzerland.

At the same time, VIDO is building a manufacturing facility on the USask campus that could produce up to 40 million vaccine doses, but it wasn't certain if that would include VIDO's product. Construction is expected to be completed late this year.

Falzarano said the team in Saskatoon is excited the process is beginning, as this form of vaccine can be mass produced at a rapid rate if successful.

"It's only the beginning of a multi-step process, but at least we've gotten to this milestone," he said.

This report by The Canadian Press was first published Feb. 10, 2021.