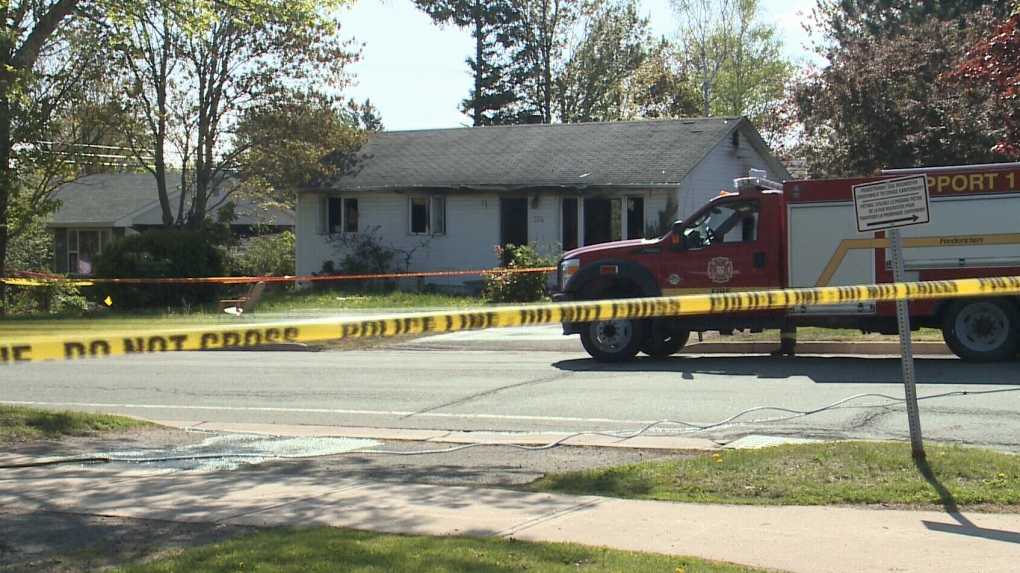 Police are investigating a fire and sudden death at a home in Fredericton. (Laura Brown/CTV Atlantic)

Police in Fredericton say a man whose body was found in a burning home last week was the victim of a homicide.

Emergency crews were called to the home on Canterbury Drive around 5:20 a.m. on June 5.

Firefighters managed to extinguish the fire fairly quickly, but a body was found inside the home.

The victim has been identified as 23-year-old Cody Alexander Cleghorn of Beaverdam, N.B.

No arrests have been made, but police don’t believe the incident was random.

Investigators are looking to speak with anyone who has video surveillance or dash-cam video from the area between 12:01 a.m. and 6 a.m. on June 5.

Anyone with information is asked to contact the Fredericton Police Force.