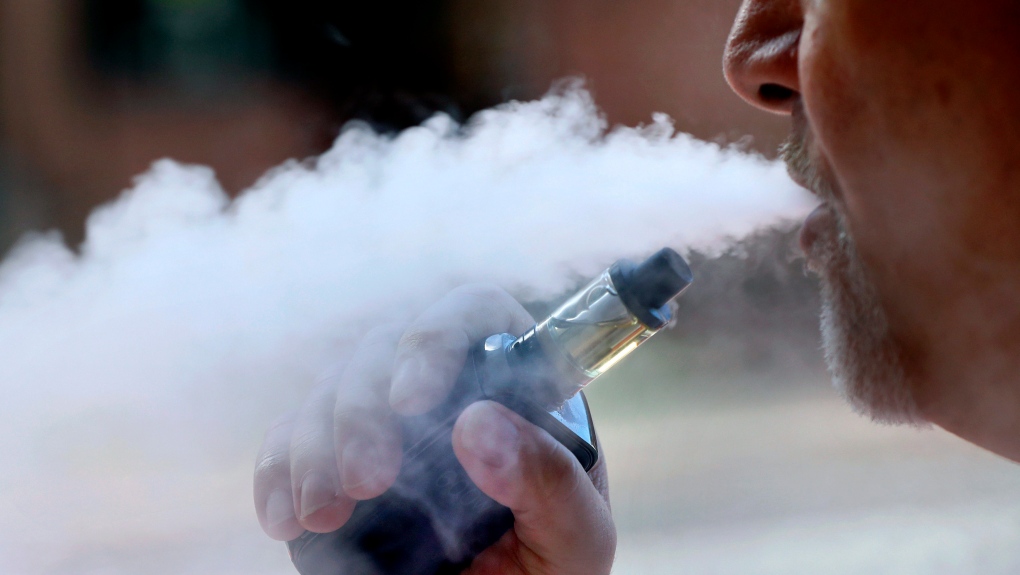 A man exhales while smoking an e-cigarette in Portland, Maine on Aug. 28, 2019. (THE CANADIAN PRESS/AP /Robert F. Bukaty)

HALIFAX -- Proposed legislative changes in Nova Scotia would give the province regulatory authority over the nicotine content of tobacco and electronic cigarettes.

Health Minister Randy Delorey says the move is aimed at protecting youth from potentially hazardous nicotine levels and builds on a ban he announced on flavoured vaping products in December.

Nova Scotia was the first province in Canada to ban flavours, and Delorey says the details of the nicotine regulations will be established at a later date.

Delorey says another change would broaden the definition of tobacco to include types of tobacco-free nicotine products.

Under Nova Scotia's current law, vaping products cannot be sold to anyone under 19.

In Tuesday's spring budget, the province's Liberal government said that as of Sept. 15, it will tax vaping liquids at about 50 cents per millilitre and 20 per cent of the retail value of all vaping devices. The annual take is expected to be about $4.3 million.

Many typical vaping devices hold slightly less than a millilitre of fuel, meaning the tax on a package of four would total about $1.50.